Elisa Benzoni (Costume Design) Elisa is thrilled to be working again with Diversionary Theatre. Select credits include: The Loneliest Girl in the World, The Happiest Place on Earth, Homos or Everyone in America, Ballast, Mystery of Love and Sex (Diversionary Theatre), Sex with Strangers (Geffen Playhouse), The Who and The What, Our Town; Tall Girls; Brahaman/I; Sam Bendrix at the Bon Soir (La Jolla Playhouse); Constellations (Old Globe); Cloud 9, Romeo and Juliet, Two Gentlemen of Verona, Pericles, Prince of Tyre, Reckless, Much Ado About Nothing and Measure for Measure (USD/Old Globe); The Father, How the Other Half Loves, Of Mice and Men, Travels with my Aunt, The Illusion, Laughter on the 23rd Floor, The Cocktail Hour, Fox on the Fairway(Nominated for a Craig Noel Award), Chapatti, Sherlock Holmes and the Adventure of the Great Nome Gold Rush(North Coast Repertory Theatre); Men on Boats, Secret Garden, Awake and Sing, Sylvia (New Village Arts); Elisa holds a costume design MFA from UCSD. www.elisabenzoni.com

Special Thanks to Our Events Partner: 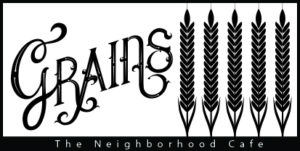