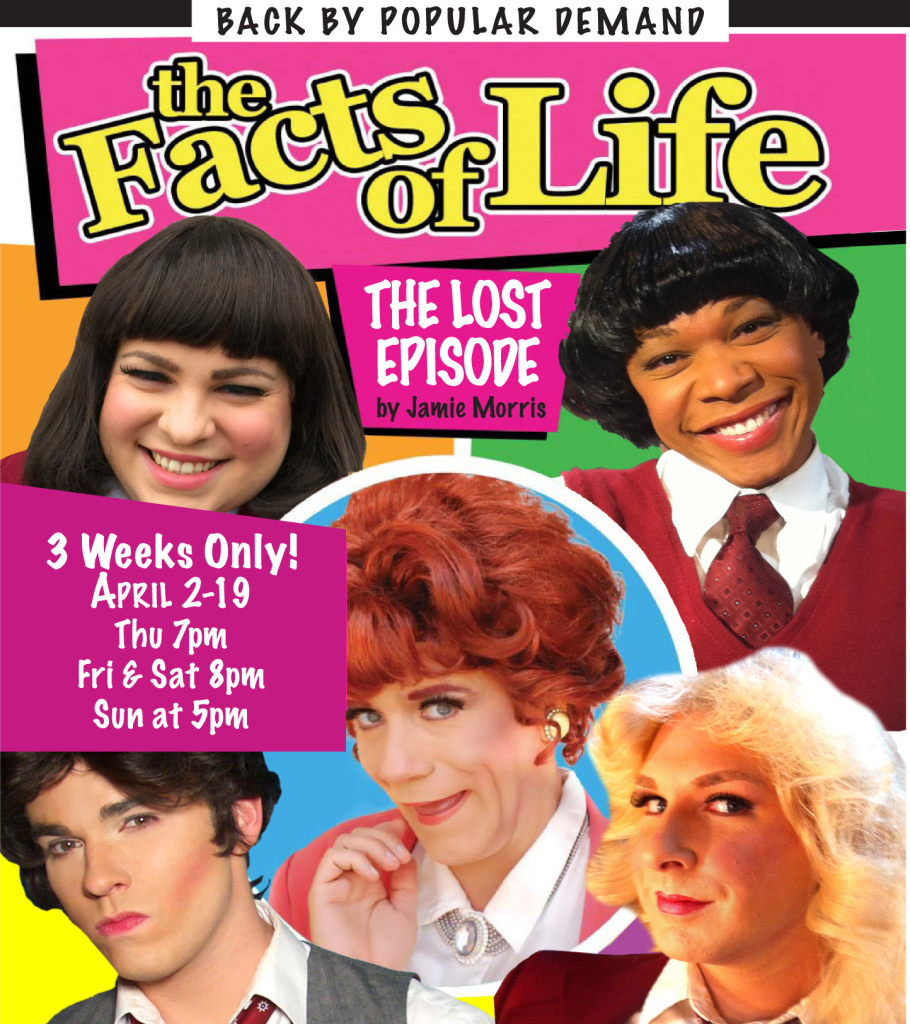 The Facts of Life: The Lost Episode

By Jamie Morris (Mommy Queerest, Re-Designing Women)
Mrs. Garrett and her girls find themselves in a wet-and-sticky wicket when their beloved Eastland School is scheduled to close due to budget cuts. To save their beloved alma mater, the girls resort to anything and everything to make ends meet in this high-energy parody of the vintage coming-of-age sitcom.