Dear ONE: Love & Longing in Mid-Century Queer America illuminates the lives of ordinary queer Americans as recounted through letters, written between 1953 and 1965, to L.A.’s ONE Magazine, the first openly LGBTQ periodical in the United States. Looking for love, friendship, or understanding, they wrote of loneliness and yearning, of joy and fulfillment, and of their daily experiences, hidden from history. This epistolary snapshot of mid-century lives captures the radiant diversity of the American queer community as it was discovering itself, and the dawning of a national movement.

Lewiston & Clarkston are companion plays focusing on the descendants of Meriwether Lewis and William Clark, Lewiston and Clarkston explore the LGBTQ point of view within the legacy of America’s westward expansion.

Lewiston is presented by arrangement with Concord Theatricals on behalf of Samuel French, Inc. www.concordtheatricals.com 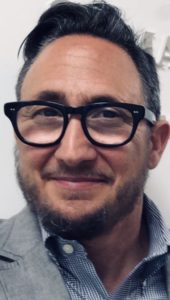 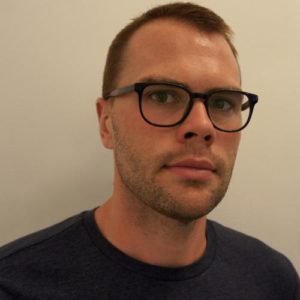 Samuel D. Hunter’s (Lewiston & Clarkston) plays include The Whale (Drama Desk Award, Lucille Lortel Award for Outstanding Play, GLAAD Media Award, Drama League and Outer Critics Circle nominations for Best Play), A Bright New Boise (Obie Award, Drama Desk nomination for Best Play), The Few, A Great Wilderness, Rest, Pocatello, Lewiston, Clarkston, and most recently, The Healing and The Harvest.  He is the recipient of a 2014 MacArthur “Genius Grant” Fellowship, a 2012 Whiting Writers Award, the 2013 Otis Guernsey New Voices Award, the 2011 Sky Cooper Prize, the 2008 PONY/Lark Fellowship, and an honorary doctorate from the University of Idaho.  His plays have been produced in New York at Playwrights Horizons, Rattlestick Playwrights Theater, Clubbed Thumb and Page 73, and around the country at such theaters as Seattle Rep, South Coast Rep, Victory Gardens, Williamstown Theater Festival, The Old Globe, Woolly Mammoth Theatre Company, Denver Center Theatre Company, Marin Theater Company, and elsewhere.  His work has been developed at the O’Neill Playwrights Conference, the Ojai Playwrights Conference, Seven Devils, and PlayPenn.  A published anthology of his work, including The Whale and A Bright New Boise, is available from TCG books.  He is a member of New Dramatists, an Ensemble Playwright at Victory Gardens, a member of Partial Comfort Productions, and was a 2013 Resident Playwright at Arena Stage. A native of northern Idaho, Sam lives in NYC. He holds degrees in playwriting from NYU, The Iowa Playwrights Workshop, and Juilliard.