For those who are unable or not ready to attend live in-person theatre, Diversionary is proud to offer a a live stream of the final four performances of AZUL.

Memories of Yadra’s childhood in Castro’s Cuba come flooding back as Alzheimer’s sets in, inspiring her daughter Zelia to connect with her heritage. With her wife by her side, Zelia sets out on a journey to excavate family secrets and discover a love that led her mother’s beloved tía to remain in Cuba. Spanning two countries and three generations, Azul fuses music and memory to explore a romance for the ages and the true language of love. 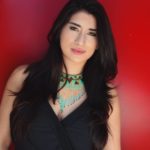 Diana Cervera [she/her](Guitarist) is happy to make her debut with Diversionary Theatre in the play Azul. Diana is a transborder Chicanx artist based in Tijuana and San Diego. Holding a BA in Ethnic Studies from the University of California San Diego, Diana’s work navigates the intersections of art and social justice; she is a filmmaker, storyteller, actor, poet, musician, and educator. 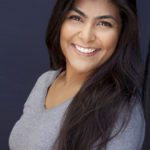 Olivia Espinosa [she/her] (Loré/Nena) is so excited to be back on the Diversionary stage after her work in Learn to be Latina and The Break Up Notebook. Additional performance credits include American Mariachi (Denver Center New Play Summit) Milvotchkee, Visconsin; Kita y Fernanda (Mo’olelo Performing Arts Co.); The Astronaut Farmworker; A Lonely Boy’s Guide to Survival… (La Jolla Playhouse POP Tour). With a BA in Theatre Arts from SDSU, Olivia is also a playwright and director. In 2017, she was honored as the recipient of the Oregon Shakespeare Festival’s most prestigious award- The Phil Killian Directing Fellowship where she was assistant director to Bill Rauch on Off the Rails by Randy Reinholz. Most recently, she assisted Tony Taccone on John Leguizamo’s Kiss My Aztec at La Jolla Playhouse. Olivia is also a proud member of Native Voices at the Autry’s Artist Ensemble and LJP’s Leadership Council. She is the co-founder of Haus of Improv which focuses on teaching constructive communication skills to professionals. Endless thanks to Steve and Joaquin for their love and support. 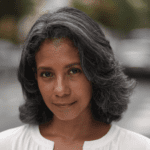 Zuleyma Guevara [she/her] (Yadra/Ester) is happy to be making her debut with Diversionary Theatre in Azul.  She  has, like most of us, performed virtually in the last year. Previous Credits include: Octopus Theatre Company’s online performance of “PandemicPanademic Pandemic Fight,”  Phoenix Theatre’s online performance of “Trojan Women.”. Stage credits include the world premiere of “Azul” at Southern Rep in New Orleans, Nora in the Actors Theatre of Louisville’sLouisvilles production of “A Doll’sDolls House Part 2”,, the world premiere of “Uncommon Sense” for the Tectonic Theatre Project. “Water by the Spoonful” at Premiere Stages; Columbia Stages “La Paloma Prisoner” and “The Hour of The Star”, “Seven Spots on the Sun” at the Cincinnati Playhouse in the Park and Working Theatre’s production of “La Ruta.”.  TV credits include Designated Survivor, Law and Order, Limitless, Gotham. Film credits include, New York State of Mind, Third Trinity. 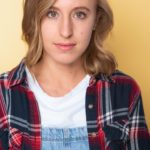 Sofia Sassone [she/her] (Zelia/Antonia) is happy to make her debut with Diversionary Theatre in this beautiful play. Originally from Buenos Aires, her theatre career began in the U.S. while attending Florida International University where she got a BFA in Theatre Performance. Her credits include An Ideal Husband, Rumors, and Stage Kiss. She has also written and performed for the South Florida One Minute Play Festival and directed various shows for Miami One Acts and Microteatro. Her San Diego credits include Loves and Hours with Scripps Ranch Theatre, the Plays by Young Writers Festival, FADE at Moxie Theatre, and The Wizards of Oakwood Drive for The La Jolla Playhouse’s Digital Without Walls series. www.sofia-sassone.com

Faith James [She/Her/Hers] (Costume Designer) has an MFA in Design & Technology at the School of Theatre, TV, and Film at San Diego State University. Her puppet and costume design and artisanry experiences range from new plays such as Lying with Badgers (Native Voices at the Autry), She Kills Monsters, and artisan work on Hair and James and the Giant Peach. She specialises in wire bending at Trinidad and Tobago Carnivale and works part-time at the Old Globe Theatre as a craft artisan. She also has completed a Jim Henson Foundation: Mini Residency Grant with The Puppet Showplace Theatre. She is very excited to have worked on Azul with Diversionary Theatre.

This is his first show with the Diversionary Theatre, and he is excited to be back to live theatre!

Alyssa Kane [she/her/hers] (Props Designer; She/her/hers) is over the moon to be working with Diversionary for the first time! She is a queer woman who has worked as a scenic designer throughout San Diego. She recently designed props for Mineola Twins at Moxie Theatre. A few of her favorite past productions are Sweet Charity at Oceanside Theatre, Move Over Mrs. Markham at Scripps Ranch Theatre, and gUnTOPIA with The Roustabouts. Alyssa is an operational board member at Scripps Ranch Theatre. She is also a performer and founding member of burlesque and variety troupe The Nude & Rude Revue in Southeast Alaska. 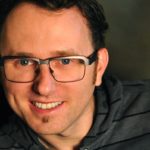 I am delighted to bring this exquisite play with music to our community as a delicious alternative for the holiday season! CQ is one of the most exciting emerging playwrights working today. Her tale of three generations of Cuban women and discovering one’s queer heritage is deeply romantic and renews our understanding of love and legacy. I hope you all fall in love with this story!

Performances run Thursdays at 7pm, Fridays and Saturdays at 8pm, and Sundays at 2pm. More information can be obtained by calling our box office at (619) 220-0097. Tickets range from $15-50. Discounts are available for Students, Educators, Seniors, and Military.

First Fridays for the MilitaryFriday, November 19th at 8pm
To say thank you to those that serve, Diversionary offers complimentary tickets. Email boxoffice@diversionary.org for more information.

Youth NightsFriday, November 19th and 26th at 8pm
Calling all High Schoolers! Join us on either Friday night during Previews for our GSA/Youth nights and get tickets for only $5.00! Call the Box Office at 619-220-0097 or email boxoffice@diversionary.org for more details!

Opening NightSaturday, November 27th, at 8pmPre and post show festivities – celebrate with the cast and company!

Backstage Thursdays: Designer Spotlight
Thursday, December 3rd, at 6pm
Join us in Clark Cabaret before the show to meet the Design Team, see a display of the concepts used in producing the show and hear the influences and process involved. A fun pre-show experience! The pre-show event starts at 6pm before the 7pm performance.

Industry NightMonday, December 6th, at 7pmTheatre Professionals enjoy a special discount to our only Monday evening performance! Pay-What-You-Can at the door, or $10 in advance.

About Season 37: We Are Family