As Jordan Berman pounds the New York City pavement searching for Mr. Right, he wards off lonely nights with his trio of close-knit girlfriends. As singles’ nights turn into bachelorette parties, Jordan must face his own capacity to love and be loved. This hilarious and heart-wrenching Broadway comedy dives into the trenches of urban single life and the aspirational gay wedding, reminding us that you can’t hurry love—no matter how much you wish you could.

This heartfelt, feel-good romantic comedy will have you rolling in the aisles. As intelligent as it is funny, Significant Other is an unflinching portrait of modern, young, urban, gay love at its lonely best. This honest, endearing and hysterical new work debuted Off Broadway before transferring to Broadway last year – a remarkable feat for a new LGBT work by an emerging playwright. To helm this production, I’m thrilled to welcome our own Anthony Methvin in his directorial debut on Diversionary’s mainstage.

Joshua Harmon is a graduate of Juilliard and holds an MFA in Playwrighting from Carnegie Mellon University’s Drama School. His play Bad Jews received its World Premiere at Roundabout Underground and was nominated for Outer Critics Circle and Lucille Lortel Awards for Best Play. It has since become the third most-produced play in the United States. Significant Other also opened at Roundabout starring Barbara Barrie and Gideon Glick. It subsequently transferred to Broadway. 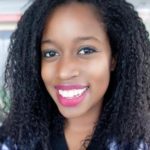 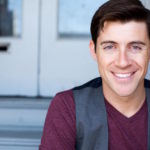 Bryan Banville (Will/Conrad/Tony)* B is thrilled to make his debut at Diversionary Theatre! He most recently rocked out in the world premiere musical, The Heart of Rock and Roll, at the Old Globe. He also lived out one of his lifelong dreams this year singing with The Flyboys for their debut American Tour with the Glenn Miller Orchestra! Select credits – SDMT: The Producers, Miracle on 34th Street, and Ragtime; Old Globe: Camp David; San Diego Rep: Violet; Backyard Renaissance: Tarrytown (Craig Noel Award Nominee); Cygnet Theatre (Resident Artist):Spamalot (Craig Noel Award), Animal Crackers, and On the Twentieth Century; Moonlight Stage Productions: Titanic, The Music Man,Spamalot, and Catch Me If You Can; Farmer’s Alley Theatre: Forever Plaid; NVA: Plaid Tidings (‘12/’13). Love to his best friend and partner, Katie! 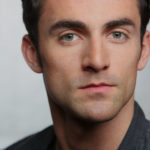 Wil Bethmann (Zach, Evan, Roger) has appeared in several theatrical and commercial roles in New York City and across the country. Most recently as Louis Ironson in Cygnet Theatre’s Angels In America: Millennium Approaches & Perestroika. On screen as the personality and creative mind behind ad campaigns for Smirnoff, AT&T, BrosBeingBasic, Applebee’s, the NCAA, and coverage for the Governor’s Ball and LoveLoud music festivals. Wil’s on-site creative consulting and productions have been recognized with multiple nominations at the Annual Shorty Awards, social media awards show in New York City. Wil studied at the University of North Carolina School of the Arts, graduating with a BFA and now resides in New York City. 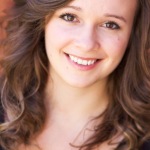 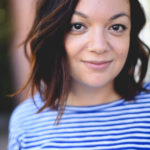 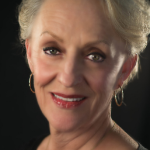 Dagmar Krause Fields (Helene Berman) hasn’t worked with Diversionary Theatre since she did Regrets Only, so she is delighted to return with Significant Other.   Most recently she appeared in Outside Mullingar, a joint production with Scripps Ranch and Oceanside Theatre Company.  Before that, she appeared in New Village Arts’ production of The Secret Garden, New Fortune Theatre Company’s Les Liaisons Dangereuses ,  The Fantasticks at Scripps Ranch, The Elephant Man with Backyard Renaissance and New Village Arts’ Emelie; and before that, in Lion in Winter (Moonlight Stage Productions), Unnecessary Farce (Northcoast Rep), I Hate Hamlet (Intrepid), Lost in Yonkers (Oceanside Theatre Co), and Blithe Spirit (Moonlight). Other productions include Leading Ladies, Anything Goes, The Mousetrap, Crazy for You, Barefoot in the Park, The Foreigner, Magic Fire, Hay Fever, and Radio Gals (Moonlight); Morning’s at Seven, Amy’s View & Man of La Mancha (Northcoast Rep) Into the Woods (Lambs Players), American Dream (Renaissance Productions), and Night Must Fall, Hamlet, and Home (Octad One); & Night of the Iguana & Dining Room. Before that, she appeared in The Fritz, Starlight Opera, The Old Globe–and theaters in New Orleans, Norway, & Saudi Arabia!  She teaches at Southwestern College. 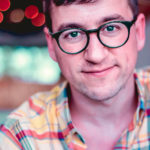 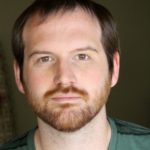 Anthony Methvin (Director) is Producing Associate at Diversionary Theatre, where he directed the workshop of Who’s That, Gurl? and readings of The Harvest and Wolves. At Backyard Renaissance Theatre Company, where he is also Producing Director, he directed Bachelorette, co-directed Abundance and the World Premiere of Tarrytown with Fran Gercke, and, for their Unleashed series, directed a reading of Assistance, and directed and co-adapted readings of Showgirls,Mommie Dearest, and Troll 2. Assistant Director: Buyer & Cellar and Sense & Sensibility (Old Globe), Dogfight (Cygnet), Baby with the Bathwater (Diversionary), and Spring Awakening (Palomar College). Local performances: Sir Bedevere/Ni Knight/Mrs. Galahad/Concorde in Spamalot (Cygnet), Doug in Gutenberg! The Musical! and Lord John in The Elephant Man (Backyard Renaissance), Roger in A New Brain, Reed in Boys and Girls, and Kent in Harmony, Kansas (Diversionary). Playwright: Bleed Like Me. Education: BFA in Acting from Florida State University. You can follow him on Instagram @anthonymethvin.

Justin Humphres (Scenic Designer) is a scenic and video designer based in San Diego, CA. His design work has been seen internationally in both the United States and Asia. As a video designer, he has created content for numerous concert tours, corporate events and Las Vegas shows. As an assistant/associate he has worked on various commercial, regional and Broadway projects. Recent San Diego scenic design credits include: ”Hedwig and the Angry Inch”,  “This Beautiful City” (Diversionary), “Actually” (San Diego Rep), “Vietgone” (San Diego Rep), and “Voyeurs de Venus” (Moxie). Broadway credits include: “SUMMER: The Donna Summer Musical” (Associate Designer), “Ain’t Too Proud: The Life and Times of the Temptations.” (Associate Designer). Justin holds a BFA from Western Michigan University and an MFA from University of California, San Diego. www.justinhumphres.com

Angelica Ynfante (Properties Designer) is a Texas State University graduate with a BFA in Theatre. She made her way around the US and Mexico for five years working in Texas, Virginia, WestVirginia, Vermont, NewYork, Tennessee, Kentucky and Cancun until she made it to sunny California. She is currently the Props Master/ATD for San Diego REP for the 9th season. She has also designed props for MOXIE, New Village Arts, Cygnet, Green Raven, and is delighted to be back with Diversionary for this performance.

First Fridays…………………………………………………..Friday, May 24th at 8pm
To say thank you to those that serve, Diversionary offers complimentary tickets. Email jenny@diversionary.org for more information.

Designer Spotlight ……………………………………Thursday, June 6th at 6pm
Join us in Fritz’s Lounge before the show to meet the Design Team, see a display of the concepts used in producing the show and hear the influences and process involved. Hosted hors d’oeuvres round out a fun pre-show experience! The party starts at 6pm before the 7pm performance.

“A tenderly unromantic romantic comedy, as richly funny as it is ultimately heart-stirring.”