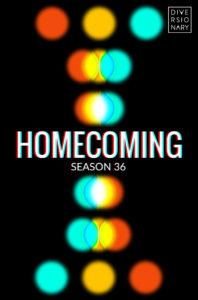 Diversionary bursts back into action in Season 36 with the opening of our newly renovated  theatre complex, adding a third  performance venue with The Austin & Joann Clark Cabaret, and four new works on our Mainstage exploring how our LGBTQ community defines home.

Season 36 features two World Premieres and two West Coast Premieres  that take an uncompromising look at where we’ve been and where we are now, blazing a  trail towards a brave new future. These ambitious new works penned by emergent and daring LGBTQ theatre makers spin stories with love, rage, honesty, humor, and hope to discover how we find home in others and ourselves. 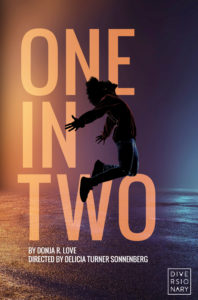 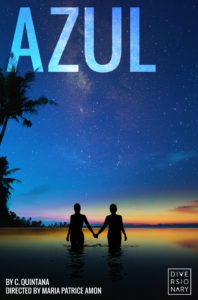 C. QUINTANA, or CQ (she/her, any) is a queer writer with Cuban and Louisiana roots. There is “other” and “in-between” in all of us; CQ tells stories that mine the misconception of dissimilarity and proclaim, “You are not alone.” ​ Her plays and musicals have been developed and produced with companies including Barrington Stage Company, Southern Rep, INTAR, Lark Play Development Center, Ensemble Studio Theatre, Astoria Performing Arts Center, and more. Her play Scissoring is published and available for licensing via Dramatists Play Service and a monologue from AZUL, which was featured on the 2017 Kilroys List and had its world premiere at Southern Rep as part of the 2019 Tennessee Williams/Saints and Sinners Literary Festival, is published in The Kilroys List: Volume 2. ​​ She is the recipient of fellowships and residencies from WP Theater, MacDowell (Ernest and Red Heller Fellow), Playwrights Realm, Van Lier/New Voices at The Lark, CubaOne, Queer/Art, and Lambda Literary, as well as commissions from Audible, The Civilians, Palo Alto Playhouse, EST/Alfred P. Sloan Project, Peppercorn Theatre Company, and more. She holds an MFA in Playwriting from Columbia University. 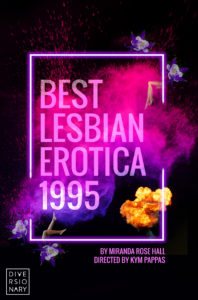 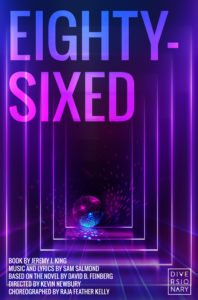 World Premiere Musical
Eighty-Sixed
Book by Jeremy J. King
Music and Lyrics by Sam Salmond
Based on the novel by David B. Feinberg
Directed by Kevin Newbury
Choreographed by Raja Feather Kelly