A Divine Evening With Charles Busch

Diversionary Theatre and MA4 present the inimitable Charles Busch in an all-new show. The two-time MAC Award winner, Tony nominee, and drag legend brings an eclectic program of songs both contemporary and from the past.

Located at Martini’s Above 4th|Table + Stage. 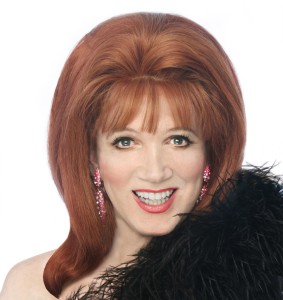 CHARLES BUSCH is the author and star of such plays as The Divine Sister, The Lady in Question, Red Scare on Sunset, and Vampire Lesbians of Sodom, one of the longest running plays in the history of Off-Broadway. His play, The Tale of the Allergist’s Wife, ran for nearly two years on Broadway, won the Outer Circle Critics’ John L. Gassner Award for playwriting and received a Tony nomination for Best Play.

He wrote and starred in the film versions of his plays, Psycho Beach Party and Die Mommie Die, the latter of which won him the Best Performance Award at the Sundance Film Festival. For two seasons, he appeared as Nat Ginzburg on the HBO series OZ and is the author of the autobiographical novel, Whores of Lost Atlantis.

Busch has directed two films; the Showtime short subject, Personal Assistant, and a feature, A Very Serious Person, which won an honorable mention at the Tribeca Film Festival. Due to his love and knowledge of film and theatre history, he has appeared in numerous documentaries for Turner Classic Movies and has lectured and conducted master classes at many colleges and universities including NYU, Harvard, UCLA and Amherst College.

In 2003, Mr. Busch received a special Drama Desk Award for career achievement as both performer and playwright and was given a star on the Playwrights Walk outside the Lucille Lortel Theatre. He is also the subject of the acclaimed documentary film, The Lady in Question is Charles Busch. The feature documentary, dubbed by The Village Voice as a “drag to riches story,” casts the artist’s fascinating life as a triumphant tale of drive and perseverance.

He is a two-time MAC award winner and has performed his cabaret act in many cities including San Francisco, Provincetown, New Orleans, Atlanta, Philadelphia, London, Paris and in New York at the Ballroom, Birdland and 54 Below. http://www.Charlesbusch.com

“He has the gift of comic gab like few other entertainers. Innately funny, endearing and acutely intelligent, he also has claws.  For an audience, the possibility of being scratched, although remote, lends his humor a bracing edge.”

This Cabaret performance will be held at Martini’s Above 4th|Table + Stage.

Martinis Above Fourth | Table + Stage is located in Hillcrest at 3940 Fourth Avenue between Washington Street and University Avenue.

We'd like to send a huge thank you to Lillian Fade

Diversionary Theatre is about to embark on a thoro

We are excited to welcome our new Artistic Trustee

A huge thanks to the San Diego County Employees' C

We are so proud of the teens in our Teen-Versionar

What a weekend! We marched in the parade with our

The teens in our Teen-Versionary program are worki