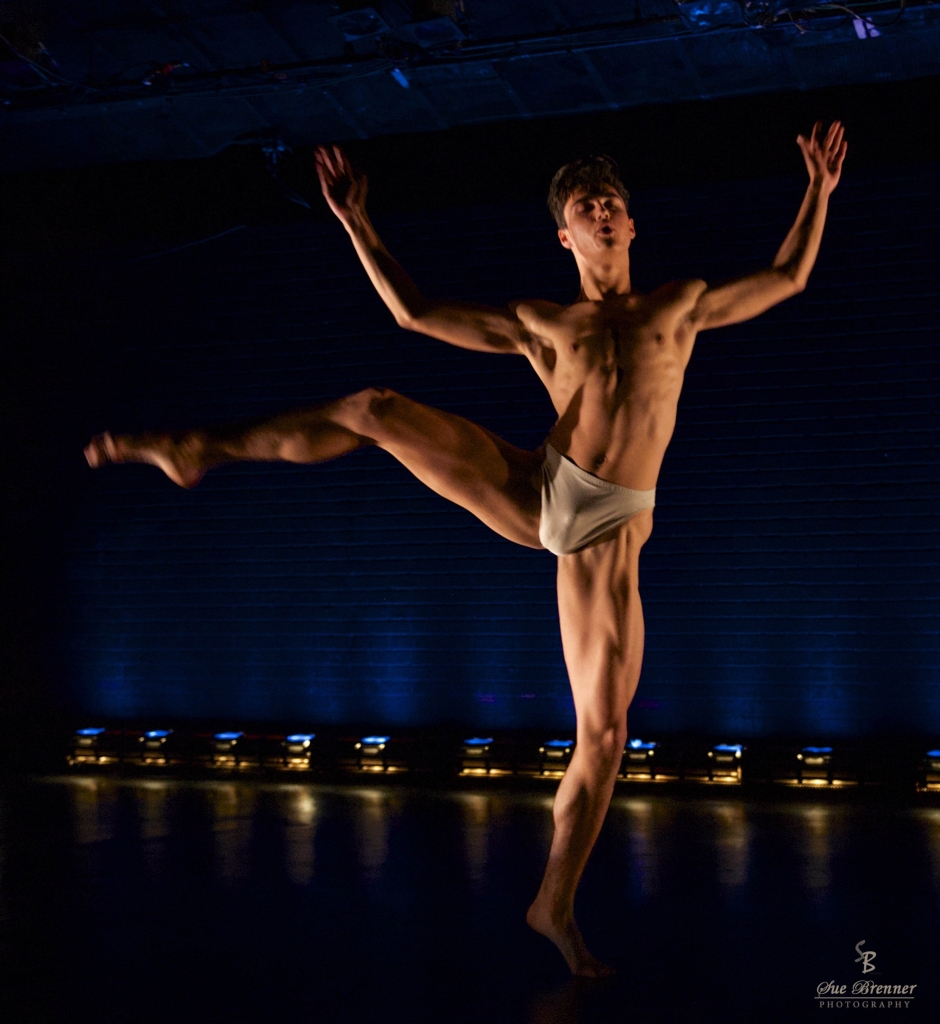 In [manhandled], Mizerany’s newest dance for Diversionary, we see two men taking turns at falling down, writhing on the floor, struggling to move. Their agonized jerks reminded me of Kafka’s Gregor Samsa, the unlucky insect-man who desperately tries to sit himself upright.

Long, awkward silences. One dancer is muscular, the other is more lithe. Both make grand, dramatic gestures, but it’s hard to know whether their moves fail, or they intentionally cut them short. These awkward leaps and falls accumulate, until the bigger man lies flat on stage. Now the slender dancer plants his feet on his partner’s torso. He gently glides up and down, like a new surfer learning to balance on a wave.

Next, we’re off to Paris for Tous Les Memes. This flirtatious duet was the highlight of the show. A man and woman initiate a game of musical chair, accompanied by an Argentine valz. Then she steals his chapeau. Thus begins a cute tug of war over who will wear witch item of clothing. She ends up wearing his vest, at least a size too big for her. Surprise! The man’s hat reappears at the end. (I didn’t even notice it was missing.) These two dancers have stage presence and real chemistry with their audience and each other.

In the third piece, Via Dolorosa, we find ourselves in a blue heaven. A female angel, perhaps the most athletic of all the dancers, performs an emotionally fraught solo, surrounded by a chorus of voices. All the same, it is an impressive feat of acrobatics.

For the finale, a dance called Man Clan, we find ourselves in red-hot hell. The music is a string of cinematic, martial tunes by Woodkid, full of bass and percussion. The French gentleman is here, along with the bigger of the two dancers from [manhandled], and they’ve brought along a pair of friends. Of the four dances, this one made the least sense. It choreography seems to focus on wrestling and physical conflict. But these wrestling matches keep breaking off, giving the men a chance to flex their biceps and pose like go-go boys. The audience giggled – whether the laughter was prurient or nervous is hard to say. Who cares? At least two of the men looked good in their underwear.