Stay tuned for details about the Best Lebsian Erotica 1995 cast. 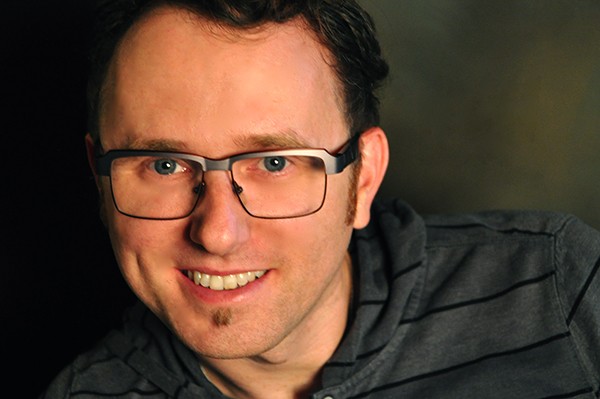 After making such a profound impact on our community with our World Premiere of The Hour of Great Mercy, I am proud to welcome Miranda Rose Hall back to Diversionary for the World Premiere of her electrifying new work Best Lesbian Erotica 1995. Miranda’s newest work could not be more different than her award-winning debut in San Diego, demonstrating a breathtaking range as a writer.

The juxtaposition of placing these three stylistically-divergent parts side by side jolts us out of our expectations of how our stories are told. This approach is non-linear, inherently female, and most definitely queer.

Is there a link between the three? Perhaps. That’s for you to determine. I will say, though, to enjoy this unique show there doesn’t need to be. The holistic experience of taking in all three of these parts in one sitting is meant to summon a feeling, an intuition, and an emotional resonance of what it means to be gay in America. It is also meant to shed light on a grave threat our community still faces: Domestic terrorism is not only a threat to our democracy, it is a threat to the existence of our LGBTQ+ way of life 26 years after the Oklahoma City bombing.

With Best Lesbian Erotica 1995, Miranda Rose Hall helps us connect the dots of where we have been, to where we are now. Like her triptych itself, the results are jubilant, startling, as well as solemnly hopeful.

Welcome to our Free student performances, from Diversionary Theatre. This program brings students, schools, and universities to our theater for cutting-edge LGBTQ+ programming.

First Fridays for the Military
Friday, February 18th at 8pm

To say thank you to those that serve, Diversionary offers complimentary tickets. Email boxoffice@diversionary.org for more information.

Pre and post-show festivities – celebrate with the cast and company!

Join us in Clark Cabaret before the show to meet the Design Team, see a display of the concepts used in producing the show and hear the influences and process involved. A fun pre-show experience! The pre-show event starts at 6pm before the 7pm performance.

Theatre Professionals enjoy a special discount to our only Monday evening performance! Pay-What-You-Can at the door, or $10 in advance.

Join Executive Artistic Director, Matt M. Morrow and Director Kym Pappas in the Clark Cabaret for a chance to chat before the show! Pre Show event begins at 6pm, performance at 7pm.