Boys and Girls
Written by Tom Donaghy
A human comedy about family drama.

Two couples in their early thirties, one lesbian and one gay, who have a complicated history of love and loss, struggle to overcome overwhelming obstacles in order to grow up, settle down, and raise a child. But not necessarily in that order. 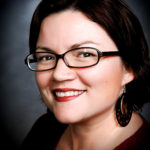 Faeron Adams is a San Diego native. She is so happy to return to Diversionary for this production. Favorite previous roles: a maniacal sock puppet in Learn to be Latina (Diversionary), a bunny-obsessed crazy neighbor (SDSU student film),  and an intolerant stage manager (Vista’s Broadway Theater).  Diversionary: Learn to be Latina, When Last We Flew. Coronado Playhouse: The Man Who Came to Dinner, A Roman Holiday, If the Shoe Fits. Playwrights Project: Performing Artist. Chrissy Burns is thrilled to be back at Diversionary! She was last seen on this stage as the saran wrap girl, Casey, in The Break Up Notebook. Chrissy hasworked as an actor in dozens of theatrical productions at venues throughout the US including Moxie,Fritz, Starlight, CCT, SRT, PCPA Theaterfest, and many more. Most recently she was seen in the long running 80‘s hit MiXtape with Lambs Players Theater. Her favorite roles include Queenie in The Wild Party, Sheila in Hair & Anytime Annie in 42nd Street. She is also a multi award winning Director with productions including Chicago, Ruthless! The Musical, 42nd Street, Sweet Charity & Nunsense. She is a graduate of the Pacific Conservatory of Performing arts. Chrissy also works as a Singing Telegram Specialist and Marilyn Monroe Entertainer. Including performances for San Diego’s top corporations and MTV Japan. As the Producer/Emcee of the Caburlesque Kittens (CaburlesqueKittens.com) she appears in live cabaret shows as “Ophelia Kitty” at San Diego’s premiere venues and events. Chrissyhas a passion for teaching and loves to help her students reach their fullpotential (SingwithChrissy.com). Chrissy would like to thank Jessica for the “poetry of our life”. 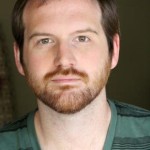 Anthony Methvin (Reed) made his local acting debut with Diversionary Theater as Kent in Harmony, Kansas. Other favorite roles include Leo Frank (Parade), Prior (Angels in America: Millennium Approaches and Perestroika), Sparky (Forever Plaid), Peter (Company), Seymour (Little Shop of Horrors), Dionysus (The Bacchae), Matamore (The Illusion), and Man (Laughing Wild). A staged reading of his playwriting debut, Bleed Like Me, will be seen right here at Diversionary as part of their Open Mondays series in March 2014, and was given a developmental reading at Florida StateUniversity, where he graduated with a BFA in Acting. 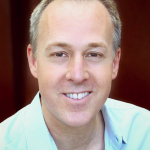 Andrew Oswald (Jason) At the Diversionary Andrew has portrayed George Tessman in The Further Adventures of Hedda Gabler. San Diego audiences may also know him from his role as Harry in Company at Cygnet Theatre. Andrew is a graduate of The Pacific Conservatory of The Performing Arts and The North Carolina School of the Arts. In New York, Andrew was the Co-Artistic Director of Bedtime Sketch Comedy, he directed and helped to create the Circus/Theatre piece Subterranea with Suspended Cirque, and he directed the 8o’clocks’ original production of As I Am Fully Known. He will be appearing next as Charlie in Cygnet Theatre’s production of The Whale. Special thanks to Tom Budd and Anthony Methvin.

Luke Olson (Lighting Design)  Previously at Diversionary:  Marry Me A Little, Sherantulas From Outer Space; The Divine Sister; Scrooge In Rouge; when last we flew; Pippin; Hot Guys Dancing; Dance/Theatre. Other credits: The Fox On The Fairway; Stones in His Pockets (Summer Repertory Theatre). References to Salvador Dali Make Me Hot, The Bluest Eye, The Trestle at Pope Lick Creek, A Raisin In The Sun (MOXIE Theatre); Crimes Of The Heart; Little Shop of Horrors (PLNU). Blood Wedding; The Laramie Project:  Ten Years Later (Mira Costa College). He has a MFA from San Diego State University