August 13th, 2018, San Diego, CA – Diversionary Theatre announced the cast of the first show in its 33rd season, the San Diego Premiere of Bull in a China Shop. Kim Strassburger will direct the piece by Bryna Turner.

Set at the dawn of the 20th Century, Bull in a China Shop traces the true story of Mary Woolley and her partner Jeannette Marks as they set out to revolutionize women’s education and electrify the suffrage movement. Told with a modern twist that shoots from the hip, this surprising, whip-smart comedy examines the ambition and desires of two women bent on changing the course of history, and how they ended up changing each other.

About the play coming to San Diego, Executive Artistic Director, Matt M. Morrow says,  “I’m thrilled to launch Diversionary’s 33rd Season with this dynamic and powerful new play. Bryna Turner is a thrilling playwright on the rise, and BULL IN A CHINA SHOP speaks to our current social and political climate with courage, smarts and a whole lot of heart. It’s a great way to kick off an election year, showcasing a fierce female ensemble portraying formidable women who made history.”

Director Strassburger says, “BULL IN A CHINA SHOP is a new and surprisingly modern story of two relatively unknown lesbians who not only reshaped Mount Holyoke College, but were also key players in the women’s suffrage movement.  Mount Holyoke College transformed during their lives from a school educating the “future wives” of the upper class into a place of learning for learning’s sake.  When one adds to this the extraordinary romance of Mary Woolley and Jeanette Marks, BULL IN A CHINA SHOP is a delightful and surprising treat.”

More information can be found at: bullinachinashop 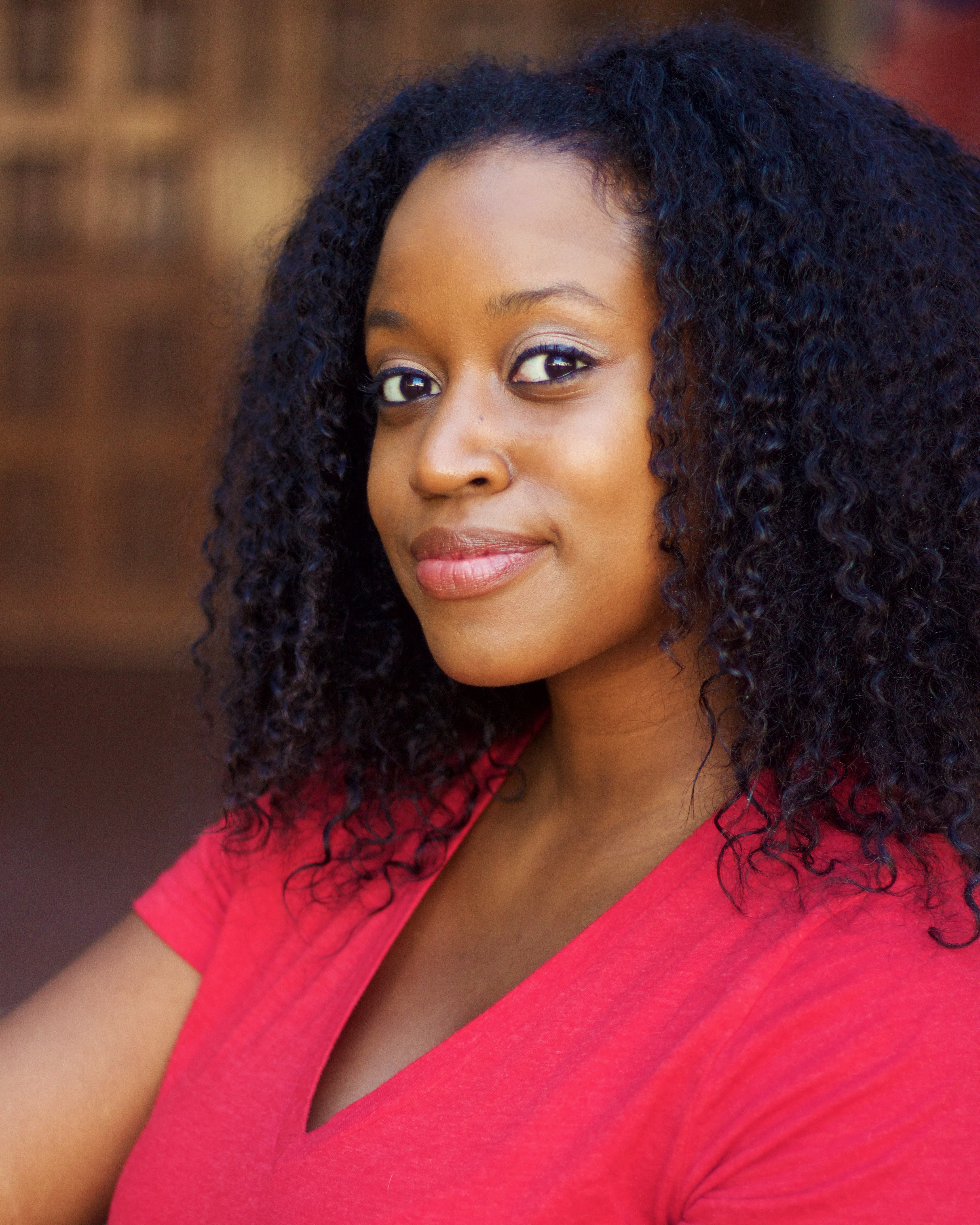 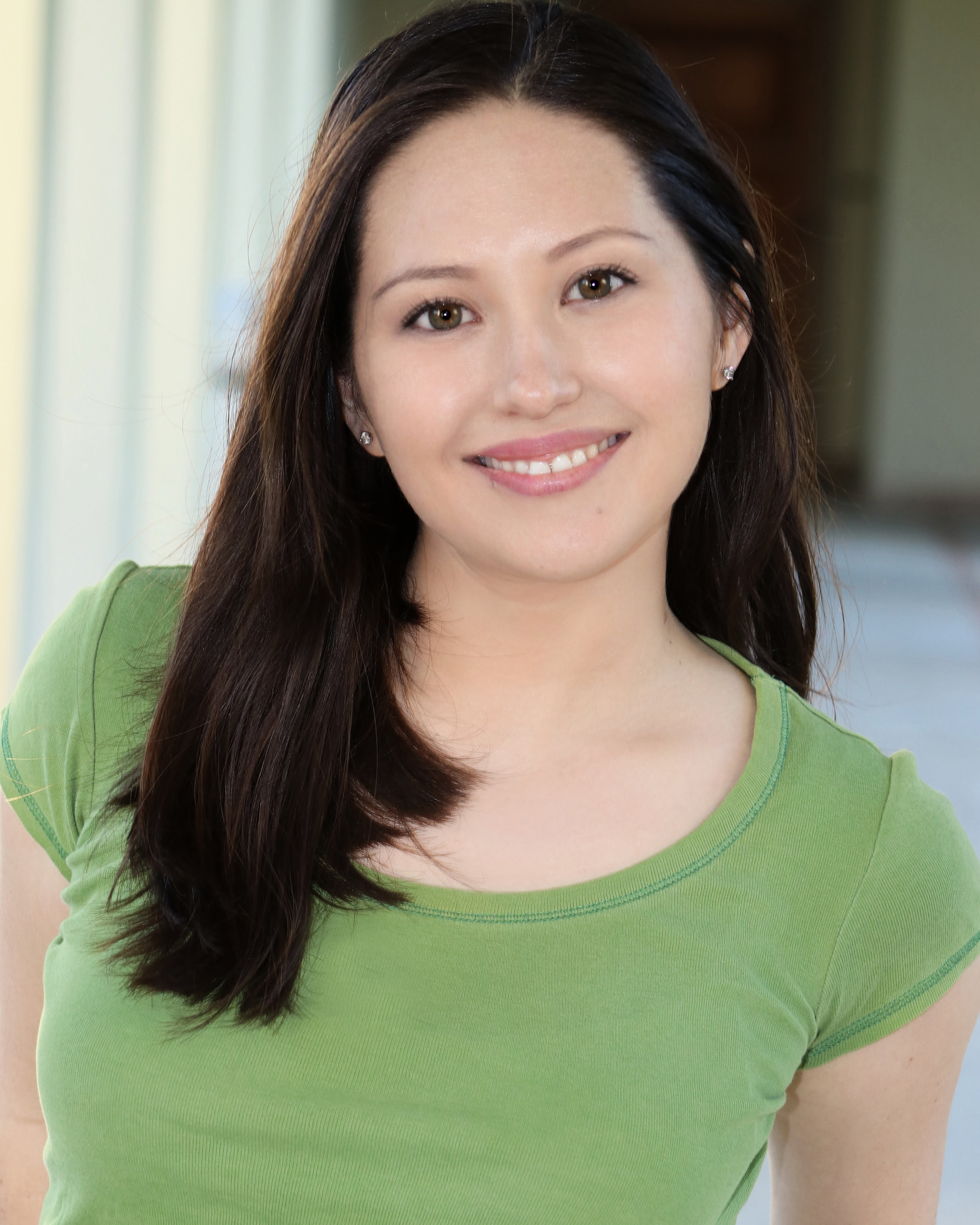 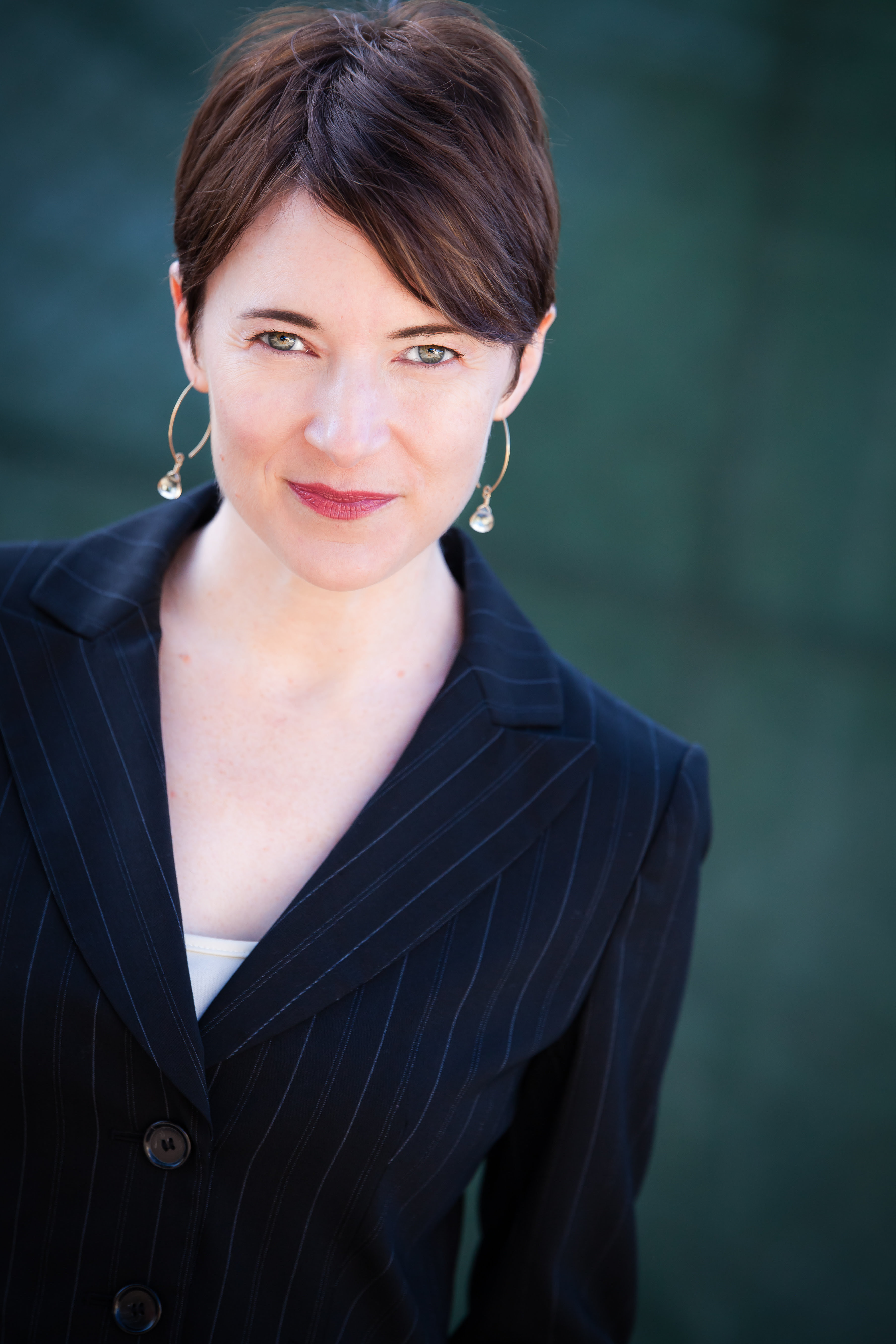 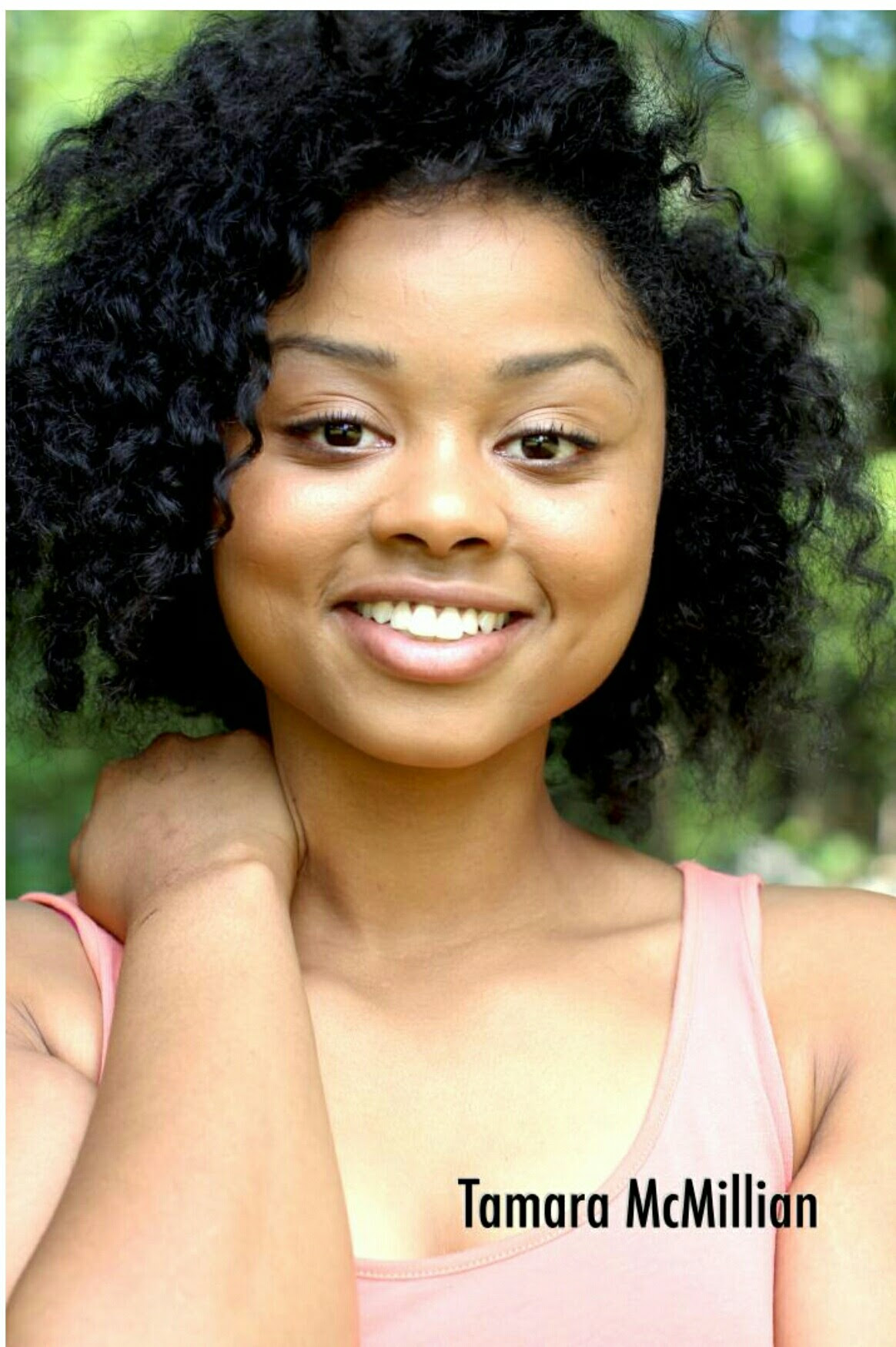 Tamara McMillian (Jeannette Marks) is absolutely jubilant about her debut at Diversionary! She recently has appeared as Seneca in New Village Arts production of Men On Boats. Other credits include: The Award-Winning Production of The Ballad of Emmett Till (Ion Theatre) Father Comes Home From The Wars (Intrepid Theatre) as well as other favorite credits: A Song For Coretta, Da Kink In My Hair, and For Colored Girls Who Have Considered Suicide When The Rainbow Wasn’t Enough. Originally from Monroeville A.L., Tamara received her B.A. in Theatre from Alabama State University and has recently trained in the Ivanna Chubbuck Technique with renown actress (Tasha Smith.) Tamara believes in the transformative power of theatre as a social, political, emotional, mental, spiritual, and humanistic force vital to the health of any society, and selflessly understands her duty as a voice for the voiceless.   Instagram:Tamaramcmill 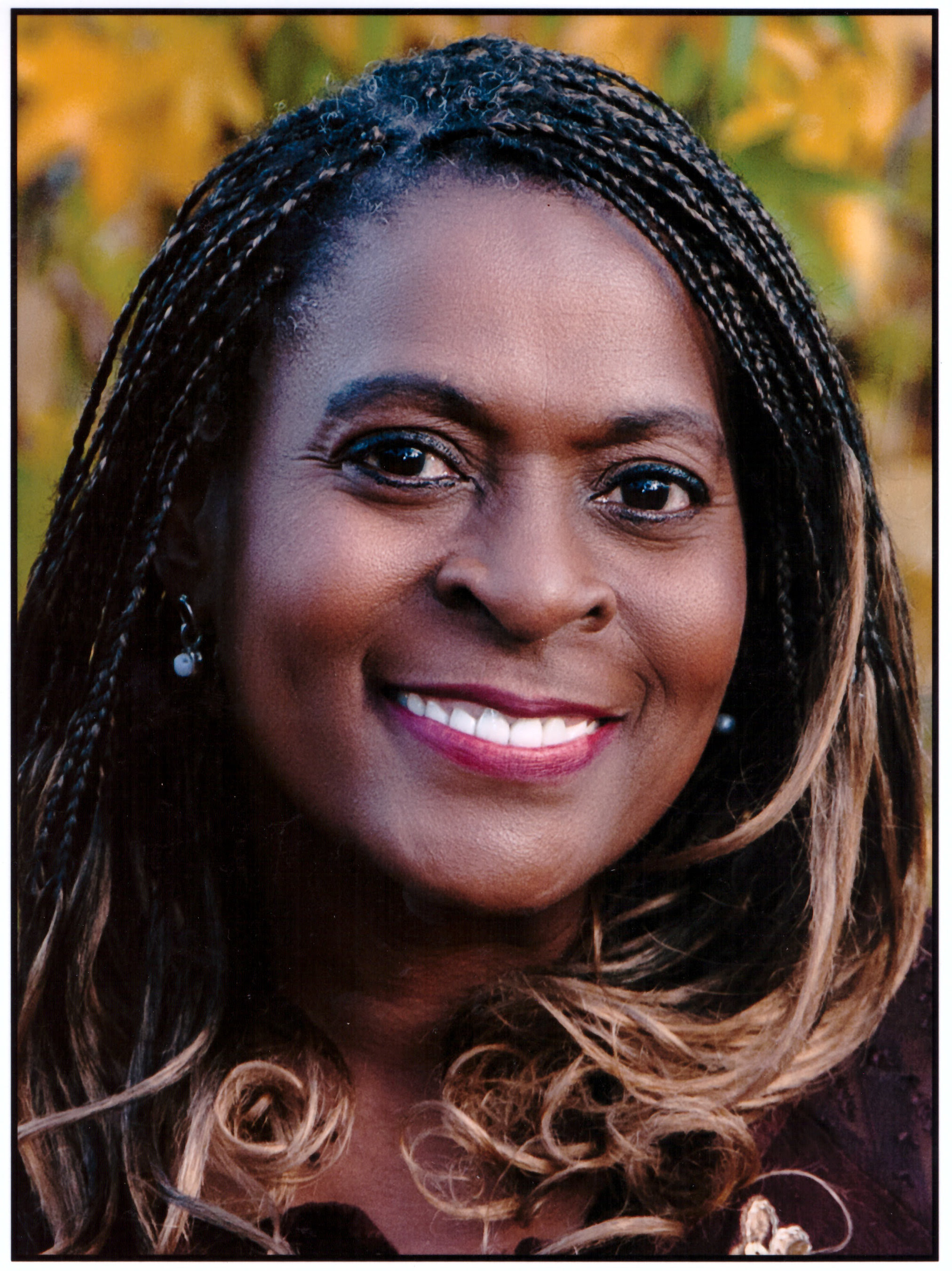 Milena (Sellers) Phillips (Dean Welsh) – is very excited to make her debut with Diversionary Theatre.  She was most recently seen as Old Shady in Men on Boats (New Village Arts) and Sadie Delany in Having Our Say (New Village Arts), for which she was a nominee for Outstanding Lead Performance in a play by the San Diego Critics Circle.  Milena was recognized by the San Diego Critics Circle with the prestigious Craig Noel Award for “Outstanding Ensemble,” in Cygnet Theatre’s  August Wilson Repertory Company of Seven Guitars and King Hedley II.  Her credits also include Jaclyn in Rasheeda Speaking (Vantage Theatre), Ruth in the U.S. Premiere of Calendar Girls (Sullivan Players), Two seasons as Dinah in Dixie Swim Club (Different Stages) and she was a nominee for an Aubrey Award from ACT and the Patio Playhouse Award for Major Supporting Actress for her role as Marrell in This (Patio Playhouse). Milena has performed on film and television in numerous roles and is a member of SAG-AFTRA.  Her love for acting is equaled only to her love of children.  She co-founded the Jonathan Sellers & Charlie Keever Foundation established in memory of her son to promote the safety of children through education.  Milena also co-authored and published a book titled, “Always Fly Away, A Children’s Safety Book.”

About the Creative Team

Bryna Turner is a Brooklyn-based playwright originally from Northern California. Bull in a China Shop premiered at LCT3 in 2017. Her work has also been developed with Abingdon Theatre Company, Clubbed Thumb, Colt Coeur, Ensemble Studio Theatre, Mendocino Theatre Company, Mount Holyoke College, Rainbow Theatre Project, and Rutgers University. Other plays include: Carlo at the Wedding; Lights Over Philo; The Stand-In; and How to Separate Your Soul from Your Body (in ten easy steps!). She is an alum of Clubbed Thumb’s Early Career Writer’s Group, a MacDowell fellow, and holds an MFA in Playwriting from Rutgers University. She is currently working on a commission for Lincoln Center Theater and was awarded their Emerging Artist Award of 2018. 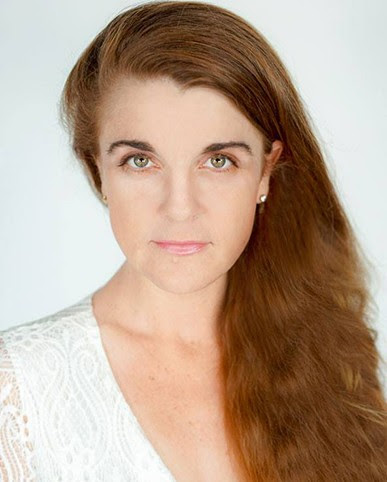 Beth Connelly (Costume Designer) is delighted to return to Diversionary Theatre with Bull in a China Shop.  Her previous Diversionary productions include A Civil War Christmas and A New Brain. Beth has the privilege to be the Designer in Residence at Coronado School of the Arts.  Her work in and around San Diego includes productions with San Diego Musical Theater; The Coronado Island Film Festival; ACT-San Diego; CYC Theatre; J*Company; and Leading Light Theatre.  When Beth isn’t designing, she is a full-time real estate agent with Berkshire Hathaway HomeServices California.

Bonnie Durben (Properties Designer) Diversionary Theatre: The Loneliest Girl in the World, The Happiest Place on Earth, Cardboard Piano, The Moors, 2.5 Minute Ride, Well, Ballast, Mystery of Love and Sex, The Boy who danced on Air, Now or Later, She-Rantulas, Baby With The Bathwater, A New Brain and Amazons and Their Men. Moonlight Theatre Productions: Aida, Little Mermaid, Sunset Blvd, In The Heights, Sister Act, Peter Pan, Titanic, Addams Family, Music Man, Shrek, All Shook Up and Big Fish. Scripps Ranch: Skin Deep, Good People. Mira Costa Theatre: Waiting For Lefty, Oklahoma, These Shining Lights, Romeo and Juliet, Seven, Vanya and Sonia and Masha and Spike, Urinetown. Cygnet Theatre: Animal Crackers, On The Twentieth Century and 57 other productions. Bonnie is a member of the Society of Property Artisans and Managers.

Designer Spotlight
Thursday, September 27th at 6pm
Join us in Fritz’s Lounge before the show to meet the Design Team, see a display of the concepts used in producing the show and hear the influences and process involved. Hosted hors d’oeuvres round out a fun pre-show experience! The party starts at 6pm before the 7pm performance.

Industry Night
Monday, October 1st at 7pm
Theatre Professionals enjoy a special discount to our only Monday evening performance!
Pay-What-You-Can at the door, or $10 in advance.

Next Act!
Thursday, October 11th at 6pm
Join Director Executive Artistic Director, Matt M. Morrow for a discussion about the next show, San Diego Premiere of the musical THIS BEAUTIFUL CITY, in Fritz’s Lounge for hosted hors d’oeuvres and a chance to chat before the show! Pre-Show reception at 6pm, performance at 7pm.

Diversionary announces the cast of the first show in its 33rd season, the San Diego Premiere of Bull in a China Shop. Kim Strassburger will direct the piece by Bryna Turner.

Are on sale ($15 - $55). Discounts are available to Groups, Students, Educators, Seniors and Military. To be notified of ticket sales, please sign up for the Diversionary Theatre Email List

Founded in 1986, Diversionary Theatre is recognized as one of San Diego’s best theatres, and proudly showcases the most vibrant and diverse group of talent the city has to offer.

As the third oldest LGBTQIA+ theatre in the nation founded by and for members of marginalized groups, Diversionary Theatre has long been an inclusive space for the queer community and our allies. Intersectionality has always been a priority in our work both on and off stage, and we continue to be committed to social justice and inspiring positive change in our communities, starting from within our own organization.