DARING DECADENCE is a vital part of Diversionary Theatre’s overall annual fundraising plan and celebrates three decades of producing 140 Mainstage Productions of daring and provocative LGBT theatre exploring the bravery of a community bent on defining its place in history. Funds raised will go toward the continued effort to foster the next generation of LGBT voices and produce daring provocative theatre that challenges, provokes, entertains, and educates the San Diego community.

The celebration will begin with a VIP Cocktail Reception at 6pm.  General admission will begin at 6:30pm.  Dinner stations will open at 7pm catered by California Cuisine known throughout San Diego for their fine food, quality service, and impeccable presentation. Starting at 8pm, the festive evening of entertainment will include a performance by Tony Award Nominee (and past Diversionary performer) Beth Malone (star of Broadway’s Fun Home), a 30th Anniversary Tribute Video, and the unveiling of Diversionary Theatre’s new branding and exciting future development plans for the continuous creation of provocative and progressive theatre in San Diego. The Master of Ceremony for the event will be Deborah S. Craig from Amazon’s award-winning show Transparent, and the original Broadway Cast of The 25th Annual Putnum County Spelling Bee. The evening will also host a silent auction and raffle displaying items varying from vacation packages, wine, restaurant & cocktail bundles, art pieces, as well as event tickets to prestigious Southern California institutions.

In addition to the evening’s special presentations, the event will feature the inaugural Fritz Klein Awards commemorating the long time support of Dr. Fritz Klein, founder of California Institute of Contemporary Arts and American Institute of Bisexuality, who was instrumental in the longevity of Diversionary Theatre through deep financial support and gifting the current theatre space to Diversionary Theatre upon his passing in 2006.  The first recipients of The Fritz Klein awards are local honoree, Tom Reise, and national honoree, James Obergefell.

Tom Reise, partner to Dr. Fritz Klein before his passing in 2006, will be the recipient of the first Fritz Klein Award for his continued support of Diversionary Theatre as a legacy to his late partner.Mr. Reise chooses to use the award as an opportunity to initiate Diversionary supporters in kicking off raising funds for the ParkArts initiative, bolstering Diversionary Theatre and its facility into a state of the art and technologically advanced space for the performing arts in University Heights.

“I want to use this attention to turn it around,” says Reise, “Fritz would always say ‘I’ll work if you work,’ and this is my chance to tell Diversionary supporters that it’s time to get to work”.

“John and I fought for something very personal – our marriage – and it quickly blossomed into something far greater than just our relationship. Like Diversionary Theater, we told a story. Our story resonated with people across our nation, helping to change hearts and minds. I’m humbled to have been part of such a momentous event in the LGBTQ civil rights movement that has had a profound effect on our entire nation.” 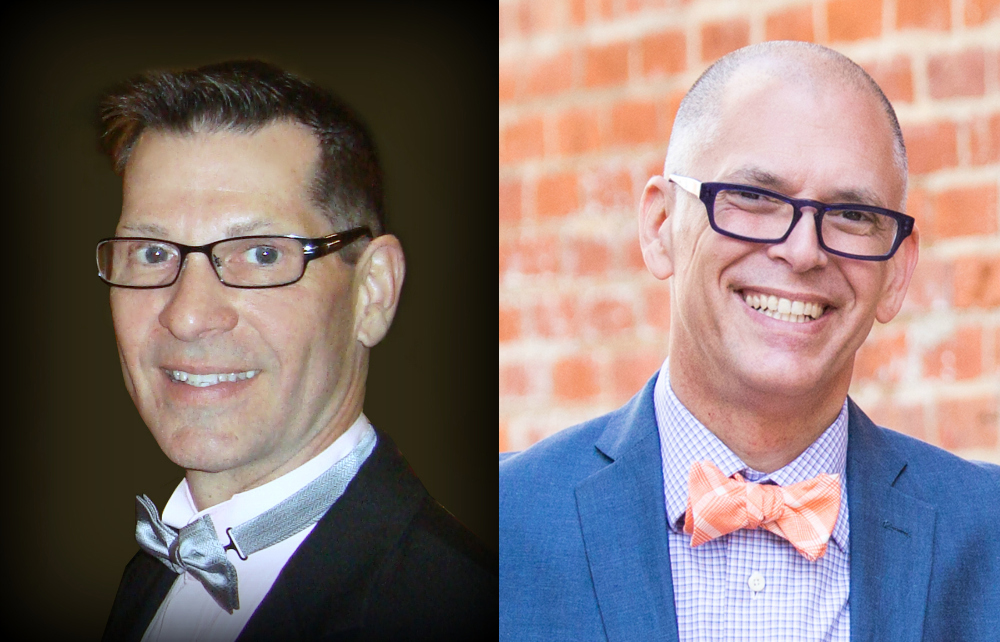 The County of San Diego will present Diversionary Theatre with a proclamation in honor of the momentous 30th Anniversary Celebration on April 1st. The resolution will be presented by County Supervisor Ron Roberts and accepted by Diversionary’s Executive Artistic Director Matt M. Morrow.

Celebrated local political leaders, arts professionals and supporters are expected to gather for the highly anticipated event. Individual tickets to the event range from $99-$250.00. Also available are Decadent Tables seating 10 at $10,000 and Anniversary Tables seating 10 at $5,000. Tickets are available at www.diversionary.org/gala or by calling 619-220-0097.

Beth Malone was nominated for a 2015 Tony Award for her game-changing role of “Alison” inFun Home. Writing for the New York Times, Ben Brantley singled out Beth’s performance as one that “expertly turns seeming self-effacement into penetrating presence.” Steve Suskin, reviewing for the Huffington Post, called Beth “powerful…the glue that holds the show together.” CBS New York added to the chorus of praise by publishing an entire article, frankly headlined, “Why Beth Malone Should Win the Tony.”

Fans of the CBS hit series The Good Wife, now in its seventh season, will see Beth in an upcoming episode. Past select television credits include Comedy Central’s Reno 911 and Wanda Does It, along with the Fox pilot Second Nature. Beth has shot leading roles in the independent featuresHick and Twist of Faith. She is the author and star of the one-woman show Beth Malone: So Far.

Jim Obergefell was the named plaintiff in the landmark marriage equality case Obergefell v. Hodges, which ruled same-sex couples nationwide have the Constitutional right to marry. In 2013, Jim married his partner of 20 years, John, who was dying of ALS. Their marriage – performed in Maryland – wasn’t recognized in their home state of Ohio, setting off a legal fight to have their lawful marriage recognized on John’s impending death certificate. Their case, consolidated with five other cases from four states, eventually made its way to the Supreme Court, which declared marriage equality the law of the land.

Jim considers himself an accidental activist, one who became involved in an issue due to extenuating circumstances, and he is now committed to continuing the fight for civil rights and equality for all Americans. Jim speaks about his experience and the fight for equality as a speaker with APA Agency, and he is actively involved with the Human Rights Campaign, Equality Ohio, and other organizations.

Jim has been honored with awards from organizations such as SAGE, Equality Florida, Equality North Carolina, the ACLU of Southern California, Cleveland Stonewall Democrats, The International Court Council, the National Gay and Lesbian Chamber of Commerce, and the Ohio Democratic Party. Foreign Policy magazine named Jim one of its 2015 Global Thinkers, and Out magazine named Jim to its 2015 Out 100 list. Jim was born and raised in Sandusky, Ohio, earned a degree in Secondary Education and German from the University of Cincinnati, and currently lives in Cincinnati Ohio.

Tom Reise: Originally from Chicago, Tom moved to Los Angeles in 1987 and then to San Diego in 1995. With an extensive background in Food and Beverage Management, early in 2004 he and partner Fritz Klein opened a sugar-free bakery and café called Indulgence which catered to people with diabetes and those interested in healthy cuisine.

Mr. Reise is also the Vice-Chairman of the Leadership Council for the Program in Human Sexuality at the University of Minnesota. The first Chair in Sexual Health in the world was a result of the Council’s early efforts.  And last May, the Joycelyn Elders Chair in Sexual Health Education was inaugurated after more than 7 years of planning and fundraising by the members of that Leadership Council.

Dr. Fritz Klein (December 27, 1932 – May 24, 2006): Dr. Fritz Klein was born in Vienna, Austria in 1932. While still a small boy, he fled with his family to New York City to escape Antisemitism and the impending war. Dr. Klein was a board-certified psychiatrist for 30 years in New York and San Diego until his retirement. Early in his career, he realized that there was a void in knowledge about sexual orientation, specifically in the area of bisexuality. He wrote The Bisexual Option and co-authored: Man, His Body, His Sex (Doubleday & Co.) in 1978.

Dr. Fritz Klein is best known for his pioneering sex research and the development of the multi-dimensional Klein Sexual Orientation Grid, which measures the complexity and fluidity of sexual orientation.

Dr. Klein founded the American Institute of Bisexuality, a public benefit charity, in 1998 to encourage, support and assist research and education about bisexuality, and served as Chairman of the Board up until his death. He was known for being outspoken, controversial and compassionate, and for his love and support of theater and the arts.

ABOUT DIVERSIONARY THEATRE
Diversionary Theatre was founded in 1986 to provide quality theatre for the lesbian, gay, bisexual and transgender communities. The mission of the theatre is to provide an inspiring and thought provoking theatrical platform to explore complex and diverse LGBT stories, which influence the larger cultural discussion.Diversionary Theatre is recognized as one of San Diego’s best theaters. It is one of the most vibrant showcases of theatrical talent in the city. Our vision is to foster and amplify the next generation of LGBT voices providing live entertainment in a dynamic, inclusive, and provocative environment that celebrates and preserves our unique culture.
Share:
Christopher Shinn’s NOW OR LATER: The First Rehearsal previous post
Celebrating 30 Years next post