Please ensure Javascript is enabled for purposes of website accessibility
Home Events In a League of Their Own: Why Lesbians Play Ball 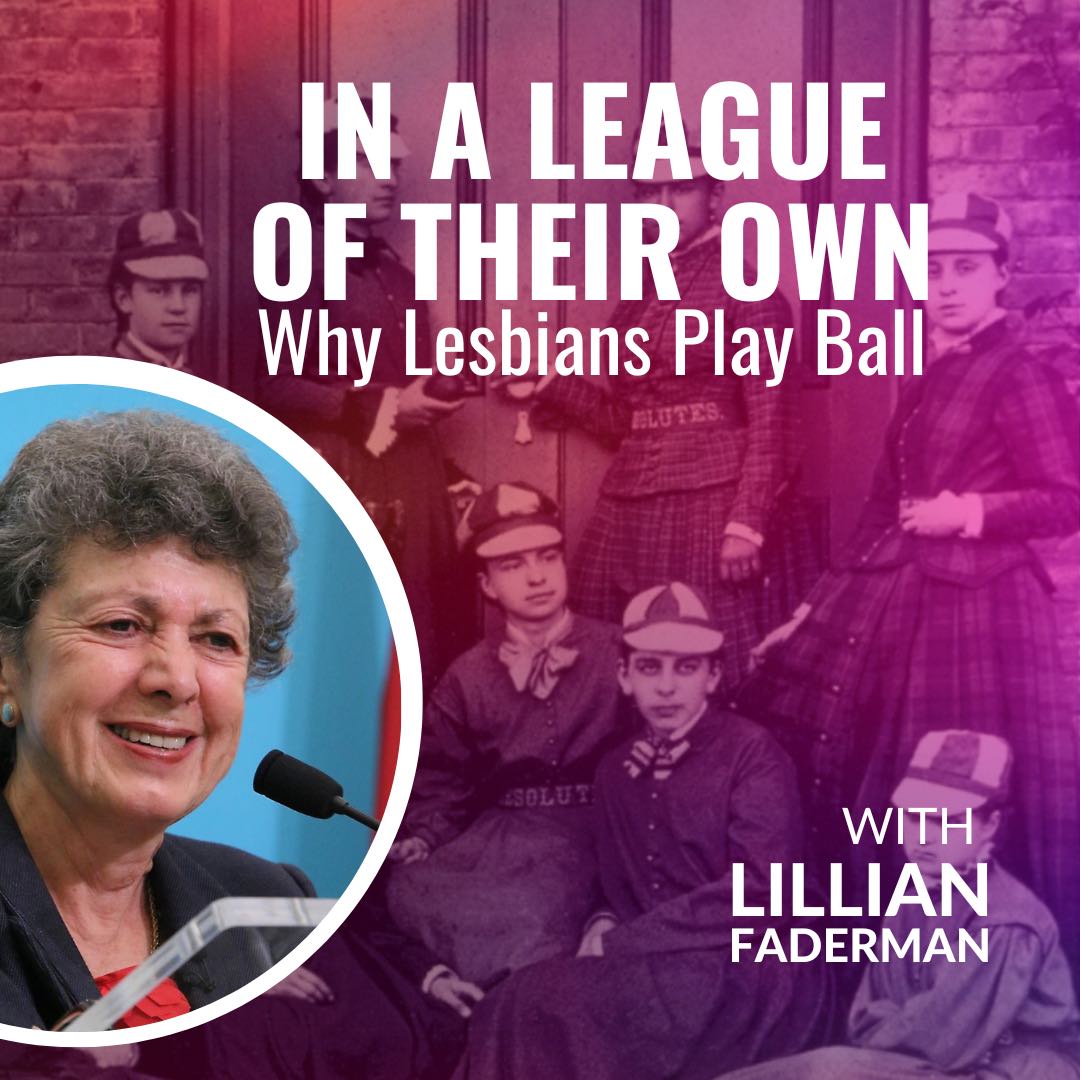 In a League of Their Own: Why Lesbians Play Ball

Join renowned queer historian and author Lillian Faderman and a panel of generationally-diverse women ball players in a discussion about how the beloved American sport has become a vital lesbian past time, the disappointment of the 1992 movie, A LEAGUE OF THEIR OWN, that ignores the lesbian presence, and how the new hit TV series makes up for it.

Space is limited, so we encourage you to book soon.

In Houston, Texas, in the late 1940s/early 1950s, my partner at the time, June, played softball on a women’s team sponsored by Humble Oil. It was not only serious competition; for us gay women, women’s softball was also the biggest, safest social outlet we had. Where else but at the games could we gather in public at a time when gay bars could be raided, and you could lose your job if you got caught in a raid?

I started fast pitch as a kid. While in the Navy, I was stationed in Hawaii, where I played catcher on an off-base women’s slow pitch league, JAFT [Just Another F-ing Team]. After leaving active duty, I was a catcher for America’s Finest City Softball League—San Diego’s gay league. I later managed and coached the Club Bombay team and the Six Degrees team, both sponsored by a lesbian bar. I later managed the Square Shooters team, sponsored by the Lafayette Hotel Bar.

I started in Bobby Sox in the 5 th grade, and then played softball through high school and college. In 2003, I joined America’s Finest City Softball League and, as a utility player, I have played on a variety of teams over the last 20 years. I currently play with Mayhem in the Women+ Division. We are sponsored by Kairoa Brewing. I’ve lived, loved, and lost playing softball; it defines a big part of who I am.

I have been playing softball since the age of 5. My pronouns are they/them and she/her—though I particularly love they/them. I live in University Heights with my partner Ava, our child Ryan, and our cat Sabine. My team is the Scissor Switchers, and we play in America’s Finest City Softball League. I’m a pitcher now though I’ve also played catcher, 2 nd base, shortstop and outfield. I consider myself queer and genderqueer.

Lillian Faderman is the award-winning author of several books of lesbian and LGBTQ history, including SURPASSING THE LOVE OF MEN, ODD GIRLS AND TWILIGHT LOVERS, THE GAY REVOLUTION, and HARVEY MILK. Her most recent book, WOMAN: THE AMERICAN HISTORY OF AN IDEA, was published this year by Yale University Press.