Diversionary Theatre will add Dan Guerrero’s solo show ¡Gaytino! to it’s 2006-2007 season. The play with music, which just had a critically-acclaimed run in Los Angeles as part of the Center Theatre Group’s “Solomania” festival, will open on September 8 and run through October 1. The Los Angeles Times called Guerrero “a lovable wit” and a “delightful emcee of his own journey.” The Orange County Register described him as a “boundless force of nature that explodes with a playful performance” and The Los Angeles Daily News as “a man who will move you.”

“We are so excited to be able to bring this production to the community,” said Dan Kirsch, Executive & Artistic Director of Diversionary. “I saw the final L.A. performance of ¡Gaytino! and knew it would resonate with our audiences. Dan Guerrero has a great story to tell about being Mexican American and gay – it’s timely, it’s family and it’s fun.”

¡Gaytino! is written and performed by Dan Guerrero, and directed by Diane Rodriguez.

From Mariachi to Merman. Sondheim to Cesar Chavez, ¡Gaytino! is Guerrero’s life journey, from East L.A. in the 50s to New York’s Broadway in the 60s and 70s and back to his life as a highly-acclaimed Hollywood producer. ?Gaytino! features universal themes of self-discovery, self-identity and acceptance, all interwoven with music, dance and plenty of laughs. The action throughout is anchored by Guerrero’s relationship with his famous Dad, Lalo Guerrero, widely-known as the Father of Chicano Music, as well as his treasured life-long friendship with boyhood friend, artist Carlos Almaraz, one of the leaders of the Chicano Art Movement of the 1970s. Masterfully told with biting humor, sincere drama, music and a little Spanglish, ¡Gaytino! is hilarious, touching and provocative.

Dan Guerrero started his eclectic career in New York after leaving East L.A. at age twenty to sing and dance in New York musicals. He performed off-Broadway, in summer stock, and in countless revues including one that took him to the Nixon White House for a special performance. Guerrero later became a successful Broadway theatrical agent in the years from “A Chorus Line” to “Cats”, representing Tony Award winners and future Hollywood stars including first agent to Sarah Jessica Parker and Fran Drescher. Moving back to Los Angeles after twenty years, Guerrero became a born-again Hispanic fiercely working for more positive Latino images on the screen as casting director, writer and for the past dozen years, as a successful producer. 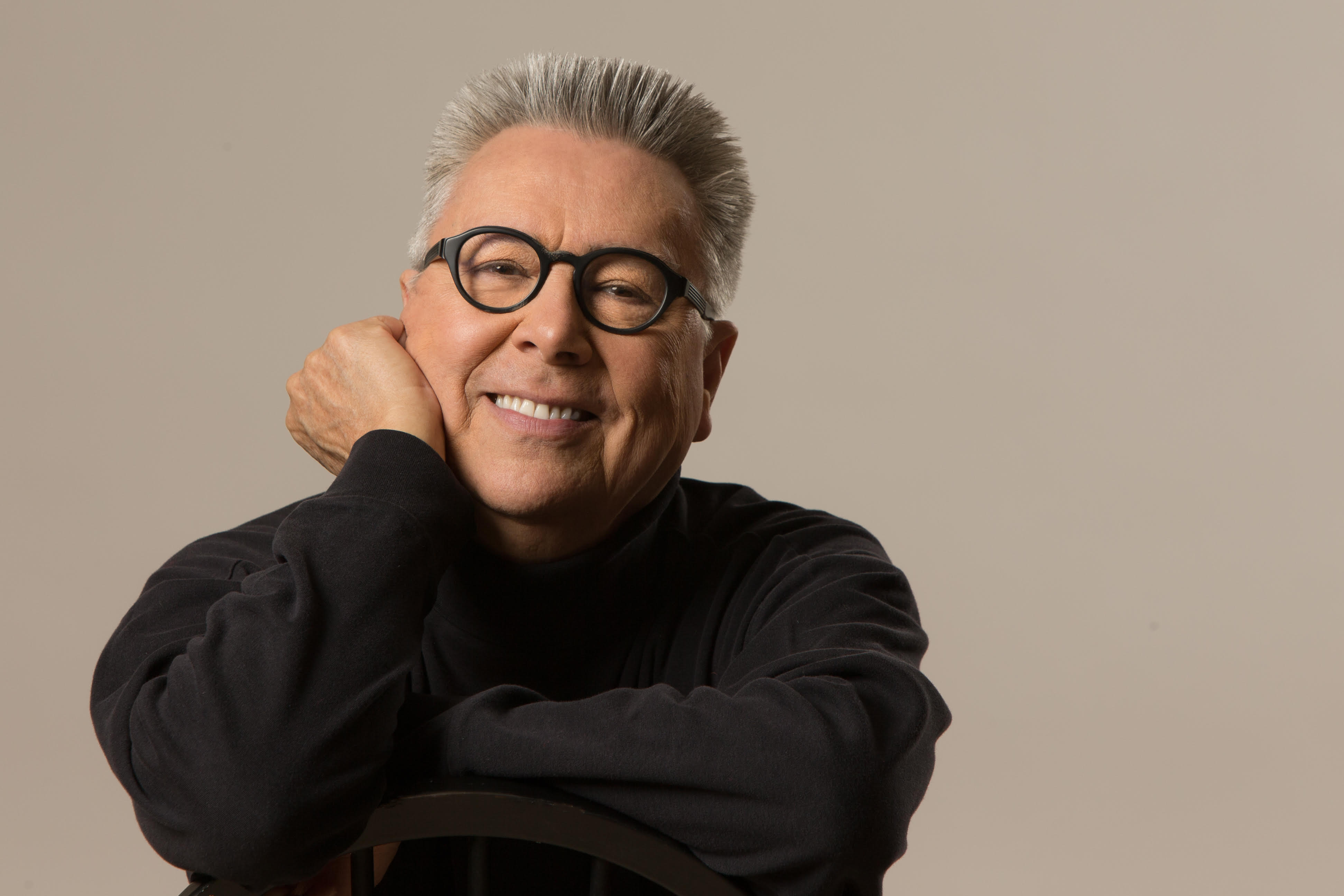 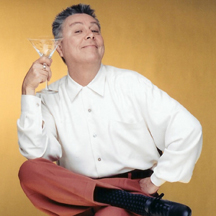 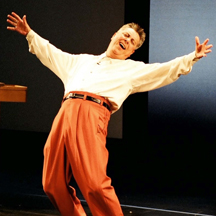 Guerrero brings his one-man autobiographical show Gaytino! to Diversionary Theatre through Oct. 1, directed by Diane Rodriguez. It’s a combination of social and political history and Guerrero’s personal odyssey as a gay, Hispanic man in the U.S.

Son of songwriter Lalo Guerrero (“the original Chicano”), Guerrero and his best buddy, Charles (later Carlos) Almaraz, grew up in East Los Angeles in the’ 50s. These were times when gringos said the word “Mexican” dismissively – or with a sneer. The response? “Some of us call ourselves Spanish – as if that’s a step up,” Guerrero notes.

Dan and Charles loved to perform, frequently putting on shows in the back yard. But an eighth grade field trip to the Egyptian Theater to see Oklahoma! is all it takes: Guerrero falls in love with musicals, buys original cast albums from the Columbia Record Club and tells Charles he wants to go to New York to make it big in musicals.

At 20, he goes to New York to follow his dream (his mother’s comment: “Mi hijo! They’ll kill you on the subway!”) and ends up successful, but never in musicals, returning to Los Angeles 20 years later.

Gaytino!, a combination of autobiography, song, dance, video and storytelling, is alternately funny, charming and poignant. Age may be an asset here – audience members of a certain age may laugh louder at lines like, “I became a disco slut in the ’70s” or to references about seeing Ethel Merman in Gypsy – but the rest will get the jokes, with or without the context.

Guerrero dwells less on the problems of being gay than I expected. Perhaps it didn’t seem as severe because his father was in show business and suspected the truth anyway (though when asked, Guerrero denied it until he was an adult).

Guerrero calls himself a “born-again Hispanic” rather than Chicano. “A Chicano is a Mexican-American who is not kidding,” he says, adding that Chicanos are the political and social activists of the community.

Whatever you call him, Guerrero is a most engaging performer, and Gaytino! is a riveting piece of social and personal history. Don’t miss it.

THE SHOW: Gaytino!, a solo self-identity show about the journey to becoming a happy Chicano theater queen

THE STORY/THE PLAYER: Dan Guerrero is the son of bandleader Lalo Guerrero, ‘the father of Chicano music,” but when he was growing up in East L.A., he hated what his father did; all he listened to was musical theater records (“My magic carpet of shiny black vinyl”). It took him decades to rediscover his roots, by way of New York — performing, producing, writing, coming out and coming back. That’s the basic story; Guerrero tells it amusingly and he tells it BIG, with many large, super-snap double takes, snippets of songs and occasional dance-moves. He bills himself as an ‘a singer/mover with lots of personality,’ but his moves – except for the sexy Latin ones – are less than Broadway-supple. Same with his voice. He’s charming, but it feels like he’s acting most of the time, not like he’s invited us in to tell us, directly and intimately, the story of his life, which in many ways, isn’t all that unique or exceptional. On the night I was there, only when he talked about the AIDS-death of his best friend, Chicano artist Carlos Almaraz, did he really seem present, totally engaged and inside his story. But in a narrative sense, that was also the most unsatisfying part of his tale, since he never says how Carlos, whom he represents as straight and married, contracted the deadly virus. Latino/Chicano stories (Guerrero does clarify the distinction) and especially gay Latino/Chicano stories, are rarely heard in the theater. You may not get deep insights, but you’ll hear one man’s life journey to self, pleasantly told.