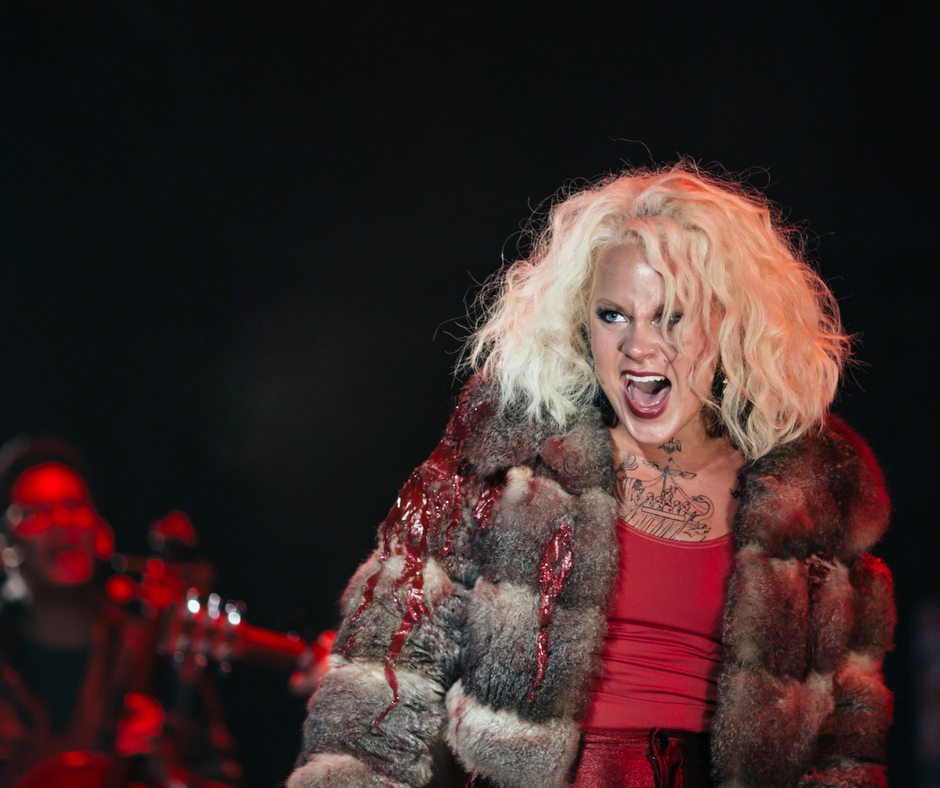 Lizard Boy is a comic book musical that delights and charms. The protagonist, Trevor, is embarrassed and ashamed of his lizard skin. Because of shame and a broken heart, Trevor has not left his house in a year. Lucky for him today is MonsterFest, where everyone in town dresses like lizards. He can safely leave his home without being identified as an outsider.

On this day, he decides to reconnect with the heartbreaker by perusing Tinder. He doesn’t find his past paramour, but he does find Cary.

Cary greets Trevor at the door in his underwear, and Trevor retreats from his frontal assault. Because they both long for connection, Cary is able to woo Trevor and the audience with a silly love song.

Along with love, there are lizards and dragons and dreams. Trevor draws someone he sees in a dream and later meets the flesh-and-blood woman at a club. The woman, Siren, is a lounge singer who is skeptical about the world and fears an imminent dragon takeover. She wants to enlist Trevor and his lizard power to save the planet. Trevor doesn’t believe he has any power.

Trevor struggles with belief in himself and others, and the climax of the show reveals the challenges and beauties of being a human.

Lizard Boy is sweet, silly, and earnest. The show is Trevor discovering his power, how his lizard skin is a strength, and how he used the lizard skin as a shield from actually connecting with himself and with others.

Justin Huertas, the writer, actor, musician, and overall talented human, said that the lizard skin was related to his experience of being an ethnic minority. But the lizard skin can be interpreted in any number of ways, as any attribute perceived as a handicap that stops people from living their life fully.

Oh and the music is divine. It was so good I’m going to see it again. I have never seen any show twice (that did not involve me or my friends).