Six of the southland’s most dynamic and audacious choreographers will be showcased in Hot Guys Dancing, Diversionary Cabaret’s visually stunning and viscerally potent new dance series. Yes, there are guys, and yes, they are hot and yes, they will be dancing up a storm.

In Take This Letter To Juliet, Keith Johnson wryly examines what may have happened if Romeo fell in love with Juliet’s messenger. This piece features two dancers from San Francisco, Rogelio Lopez Garcia and Andrew Merrill.

Lastly, audience favorite Khamla Somphanh will premiere Cause and Effect, which concerns our ability to look at our world from afar and make sense of it all. Cause and Effect will feature performances by Shannon Snyder and David Wornovitzky.

Blythe Barton received both her BFA (Chapman University) and MFA (Florida State University) in Dance Performance and Choreography. In 2008, She moved back to California to pursue a professional dance career and currently performs professionally with Jean Isaacs San Diego Dance Theater and Malashock Dance. She has won awards for outstanding student performance and choreography and her work has been performed at the American College Dance Festival. Blythe’s choreography has been commissioned by Chapman University, Visionary Dance Theatre, and Leverage Dance and presented at the San Diego Young Choreographers Showcase, Backhaus Dance Platform, Ignite, The Vine Summer Series, and DanceXchange Temecula.

Keith Johnson received his MFA in dance with an emphasis in choreography from the University of Utah in 1991 where he received the Dee R. Winterton Award for Excellence in Dance. While in Salt Lake City, Keith danced in the Ririe/Woodbury Dance Company working with such choreographers as Alwin Nikolais, Murray Louis, Shapiro and Smith, Kei Takei, and Loa Clawson. In New York City he joined the Bill T. Jones/Arnie Zane Dance Company, touring the widely acclaimed work Still/Here both nationally and internationally. He also danced in the companies of Creach/Koester and Doug Varone and Dancers. He has also done pick-up work dancing in the companies of Spencer/Colton in Boston and Janis Brenner in California. As part of Doug Varone and Dancers, Keith performed with The Denver Opera and in a site-specific work Neither, which took place in The Lower East Side Tenement Museum in New York City. As a performer he has performed in major festivals and concert halls worldwide including the Joyce Theatre, Jacob’s Pillow, the Redcat Theatre, Tokyo International Festival, The Melbourne Festival, and Queen Elizabeth Hall in England. In 1998, Keith formed Keith Johnson/Dancers. The company received favorable reviews from the Los Angeles Times. Since 1998, the company has performed in California, North Carolina, Utah, Minnesota, New York City and Arizona. He is the recipient of two Lester Horton Awards (2007 and 2008).

Michael Mizerany , a St. Louis native, relocated to Los Angeles in 1989 to dance with Loretta Livingston & Dancers and then joined the Bella Lewitzky Dance Company for their final season of touring.  In 1998, Michael joined Malashock Dance (MD)  and, after 15 seasons (4 of those as MD’s Associate Artistic Director), will leave his position this February to become an instructor and choreographer for Visionary Dance Theater and the director and choreographer for Visionary Musical Theater Company’s Visions on Broadway performance series.  Michael has choreographed extensively, including two critically acclaimed works for Diversionary Theater, Far From Eden and Let Me Into Your Skin, as well as for the musical theater productions of Altar Boyz (Diversionary Cabaret) and Chicago: A Speakeasy Cabaret (Ion Theatre).  His choreographic works are in the repertory of such companies as Malashock Dance, Modern America Dance Company, Michigan Dance Collective and Visionary Dance Theatre.  Michael has been the recipient of numerous awards and honors including two Lester Horton Dance Awards for his solos Tin Soldier and Bump in the Road, the LA Stage Scene “Scenie” Award for Outstanding Choreography for Altar Boyz and the Bravo San Diego Award for Outstanding Choreographer of 2012 (for his works Desperate Love, Bump In The Road and Let Me Into Your Skin).  Most recently, Michael was nominated for a Craig Noel Theater Award for Outstanding Choreography for Altar Boyz.

Anjanette Maraya-Ramey holds a BFA in Dance Performance and Choreography from CalArts and an MA in Nonprofit Leadership and Management from the University of San Diego. She has performed in San Diego Dance Theater’s annual site-specific Trolley Dances in the work of various choreographers such as Jean Isaacs, Kim Epifano and Rebecca Bryant. She was a company member of The PGK Project and has also performed with somebodies dance theater. Her choreography has been presented at Diversionary Theater, SDSU Don Powell Theater for New Voices of San Diego Dance Theater, La Jolla Athenaeum, Emerge Dance Festival, Celebrate Dance Festival, Temecula’s Dance Moves and the inaugural event, CHOREOLab presented by La Jolla Music Society. She has taught master classes and served as guest choreographer at Grossmont College, and worked as a movement consultant for La Jolla Playhouse’s Educational POP Tour show, “Frida Libre.”

Spencer Powell is the Artistic Director of Visionary Dance Theatre and enjoys teaching and directing the children of Visionary School for the Performing Arts, which brings him much joy and happiness.  In June 2012 Powell premiered his new professional Musical Theatre Company.  Powell has also joined forces with Mickey Mounarath to create Mounarath-Powell Production Company.  They focus on producing up-and-coming artists in all art forms.  Powell is the former artistic director of Ogden Contemporary Dance Theatre. He was the co-founder and director of Tanner and Powell Dance Theatre.  In addition to being award-winning Choreographer, Powell is also an award-winning Actor.Powell has also been a dance instructor and choreographer at the Ray & Joan Kroc Corps Community Center. He has also choreographed musicals for the Kroc Kids junior theatre company.  Powell has choreographed and/or directed other musicals such as Joseph, Annie, and Music Man, to name a few, as well as musical revues.  He is also a professional photographer.  Take Action! Speak Out! Help! Share! Start Change! Stop Addiction! 24 hr. Help Line 1-866-675-4912.

Khamla Somphanh has being dancing and teaching professionally throughout the country for over 20 years. In San Diego, her choreographic work has been commissioned by The PGK Project and Visionary Dance Theater where she is resident choreographer and Master Teacher. She has danced as guest artist with Malashock Dance and with ODC/ San Francisco Dance Company, Wylliams/Henry Danse Ensemble, Na-Ni Chen Dance Company, Rod Rodgers Dance Company, East/West Repertory Ensemble, New World Dance Company and Soundance Dance Company to name a few. Khamla has also performed as the lead dancer “Eliza” in the Broadway Revival and 1st national tour of the King and I choreographed by Lar Lubovitch. 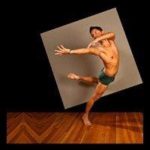 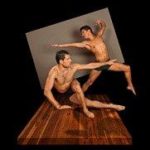 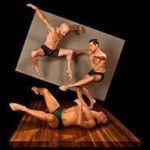 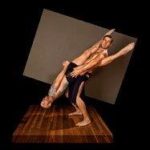