Fefu has it all: affluence, a wealthy husband, and a devoted circle of female friends since college. As they gather for an annual event in the Spring of 1938, however, Fefu and her friends’ bond is tested by an unseen force as the world around them hurtles towards the birth Feminism. Revolutionary in form and subject matter, Fefu and Her Friends won playwright/director Maria Irene Fornés one of her nine Obie Awards. This Legacy Lab honors her unique and abundant contributions to the American Theatre. 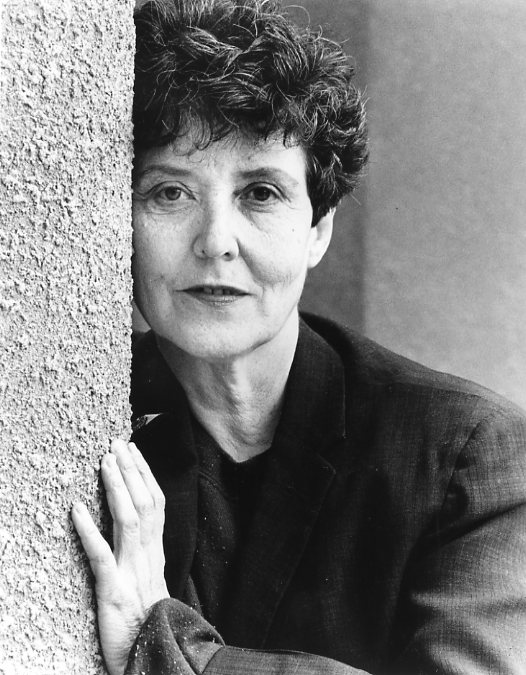 Maria Irene Fornés was born on May 14, 1930, in Havana, Cuba, to Carlos Luis and Carmen Hismenia Fornés. After her father died in 1945, she moved with her mother and sister to the United States, becoming a naturalized U.S. citizen in 1951. From 1954 to 1957, Fornés lived in Paris, studying to become a painter. However, after attending a French production of Samuel Beckett’s WAITING FOR GODOT, Fornés decided to devote her creative energies toward playwriting. Upon returning to the United States, she worked for three years as a textile designer in New York City. THE WIDOW, Fornés’s first professionally produced play, was staged in 1961. Fornés acted as the director for many of her subsequent works, including THERE! YOU DIED (1963; later retitled TANGO PALACE, 1964), THE SUCCESSFUL LIFE OF 3: A SKIT IN VAUDEVILLE (1965), and MOLLY’S DREAM (1968), among others. In 1973 she founded the New York Theatre Strategy, which was devoted to the production of stylistically innovative theatrical works. Fornés has held teaching and advisory positions at several universities and theatrical festivals, such as the Theatre for the New City, the Padua Hills Festival, and the INTAR (International Arts Relations) program in New York City. She has received eight Obie awards — in such categories as distinguished playwriting and direction and best new play — for PROMENADE (1965), THE SUCCESSFUL LIFE OF 3, FEFU AND HER FRIENDS, THE DANUBE (1982), MUD, SARITA (1984), THE CONDUCT OF LIFE, and ABINGDON SQUARE (1987). Fornés has also received numerous other awards and grants for her oeuvre, including Rockefeller Foundation Grants in 1971 and 1984, a Guggenheim Fellowship in 1972, National Endowments for the Arts grants in 1974, 1984, and 1985, an American Academy and Institute of Letters and Arts Award in Literature in 1986, and a Playwrights U.S.A. Award in 1986. After a long struggle with Alzheimer’s, Fornés passed away on October 30, 2018. [/toggle]
[toggle title=”About the Director” load=”hide”]Meg DeBoard is San Diego-based theatre and movement director who embodies a strong personal commitment to arts and community.

Meg’s theatre career started 16 years ago as a choreographer for musicals, but her creative focused shifted when she served as movement director for the US premiere of The Red Balloon in 2011. That experience sparked a passion for unique storytelling, and opened her eyes to the infinite avenues possible when telling a story. She shifted her focus to directing, and left for London two years later to earn an MFA in Theatre Directing with an emphasis in Physical Theatre and Devising.

After completing her MFA in 2015, Meg moved to San Diego, where she was welcomed into the theatre community. She has directed staged readings for Diversionary’s Spark Festival and the Bill and Judy Garrett’s Finish Line Commission at Cygnet Theatre. She is the Director of Theatre at Point Loma Nazarene University and has directed productions at Scripps Ranch Theatre, Grossmont College, and San Diego Junior Theatre, as well as assistant directed at The Old Globe and La Jolla Playhouse.

“Fornés is America’s truest poet of the theater.” —Erika Munk

“One of the most powerful plays written about the mysteries and shared hallucinations of the female experience.” —L A Weekly[/toggle]

The Children’s Hour
By Lillian Hellman
Directed by Bea Basso

Longtime friends Martha and Karen have launched a successful school for girls in their small rural town. When a spoiled, wealthy pupil invents a lie to escape punishment, their very livelihood and plans for the future are threatened. But what happens if the lie isn’t a lie after all? Exploring the nature of truth, The Children’s Hour broke new ground when it premiered on Broadway in 1934, when the mere mention of homosexuality on stage was illegal. This rarely seen classic endures as foundational to the LGBT canon, penned by one of America’s greatest female playwrights of all time.

Please join us after the October 5th reading for a special talkback with Director Bea Basso and Lillian Faderman, one of our Production Sponsors for BULL IN A CHINA SHOP and internationally known scholar of lesbian and LGBT history and literature, as well as ethnic history and literature. 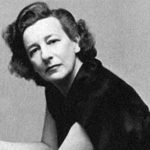 Lillian Hellman became a writer at a time when writers were celebrities and their recklessness was admirable. Like Fitzgerald, Hemingway, Faulkner, and Hammett, Lillian Hellman was a smoker, a drinker, a lover, and a fighter. Hellman maintained a social and political life as large and restless as her talent. While her plays were a constant challenge to injustice, her memoirs were personal accounts of the exciting and turbulent life behind the art.

Born in New Orleans, Louisiana in 1905, Hellman saw her young life populated by eccentric and avaricious relatives, who later appeared only thinly disguised in her plays. Moving back and forth between New Orleans and New York as a child, Hellman witnessed the diverse cultures within her national borders. After graduating from high school, she briefly attended both Columbia University and New York University. Leaving school, she found a job at a publishing house, where she got her first glimpse of the bohemian lifestyle of the 1920s writer and artist. She married one of these young writers, Arthur Kober, and with him moved to Hollywood.

By the early 1930s, Hellman had found a job as a reader for MGM. Though she found the work dull, it provided her the opportunity to meet a wider range of creative people and to become involved in the artistic and political scene of the times. An ardent leftist, Hellman organized her fellow readers into a union. It was through these political actions that she first met the writer Dashiell Hammett. By 1932 Hellman was already divorced, and her new relationship with Hammett was well under way. Though often rocky, Hellman and Hammett’s relationship remained close until Hammett’s death in 1961.

At the prompting of Hammett, Hellman took her first leap into professional writing with a play about two teachers accused of being lesbians by a privileged student. The Children’s Hour was a gripping emotional tale about the abuse of power and its effects. 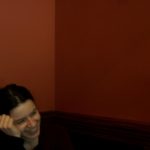 Beatrice Basso is ensemble member with Affinity Project, whose pieces have been presented at CounterPulse, furyFactory, and Yerba Buena Center for the Arts in San Francisco, and one of them named one of “five wildest theatrical moments of 2015” (with Wooster Group and Rude Mechs) by KQED/Theater Junkie. She has launched and dramaturged many new play processes with writers including Julia Cho, Ursula Rani Sarma, and Christina Anderson, and most recently directed Anna Moench’s Mothers at WNPF. Bea’s translations/adaptations have been produced at Santa Cruz Shakespeare, OSF, and A.C.T. She served as Long Wharf Theatre’s Literary Manager, A.C.T.’s Director of New Work, and now curates Práctica, a platform for artists practicing north and south of the Tijuana/San Diego border. She taught at Yale University School of Drama, A.C.T., and UCSD. She is a graduate in theater and classics from the University of Padua, Italy, and of Wesleyan University’s Institute for Curatorial Practice in Performance.