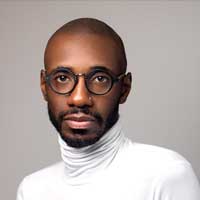 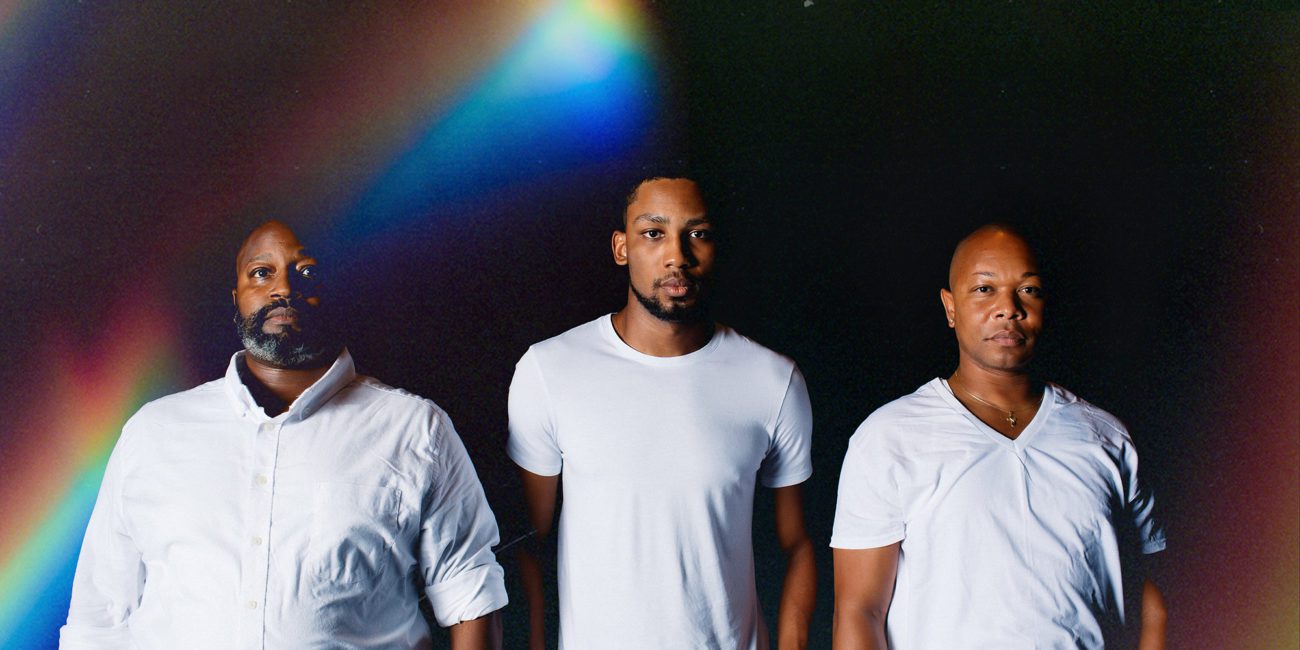 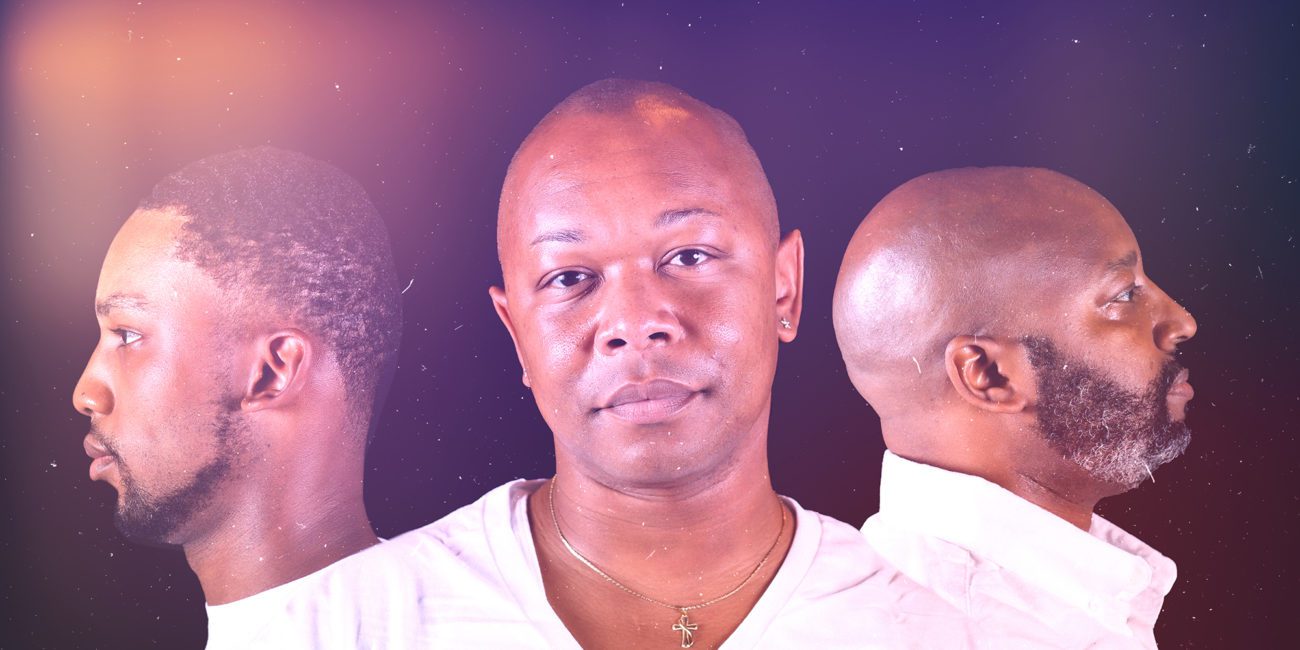 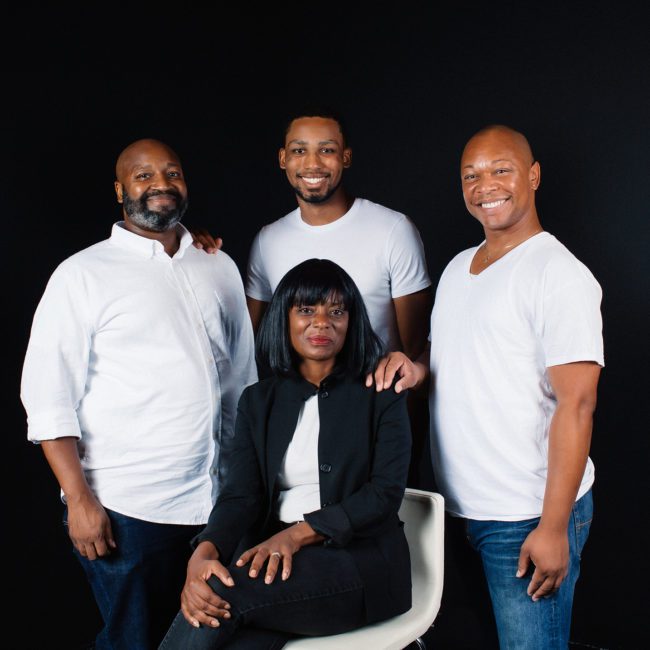 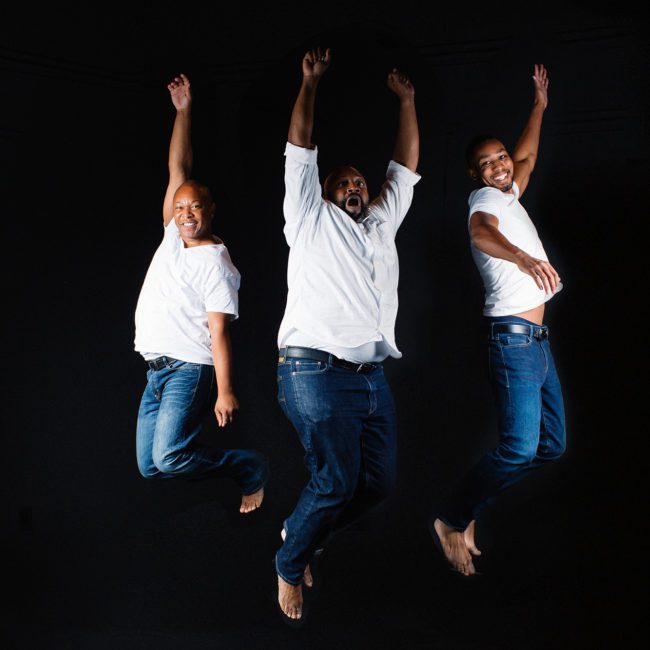 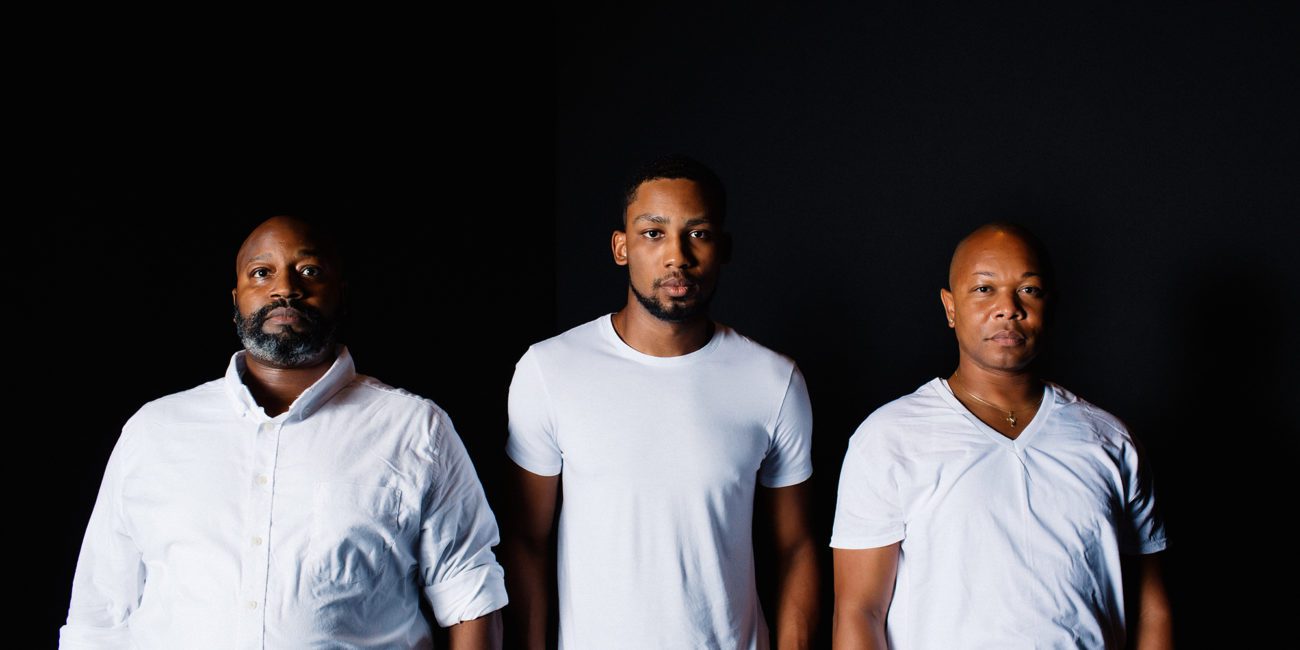 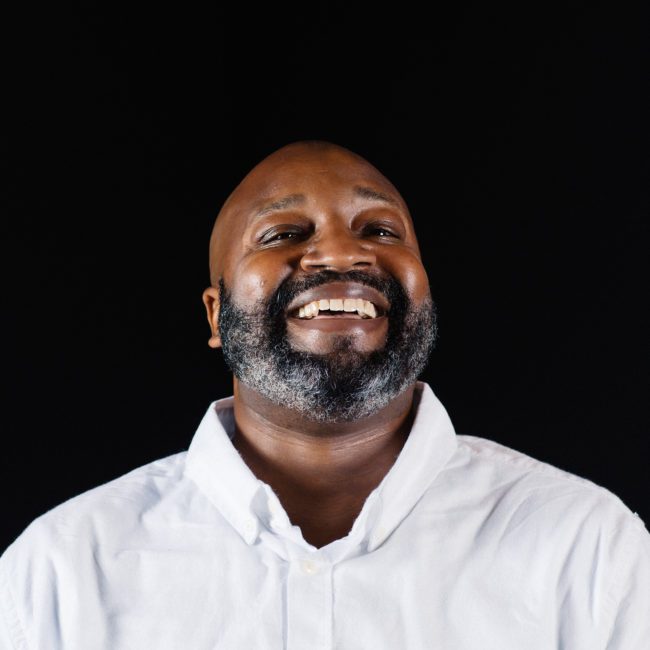 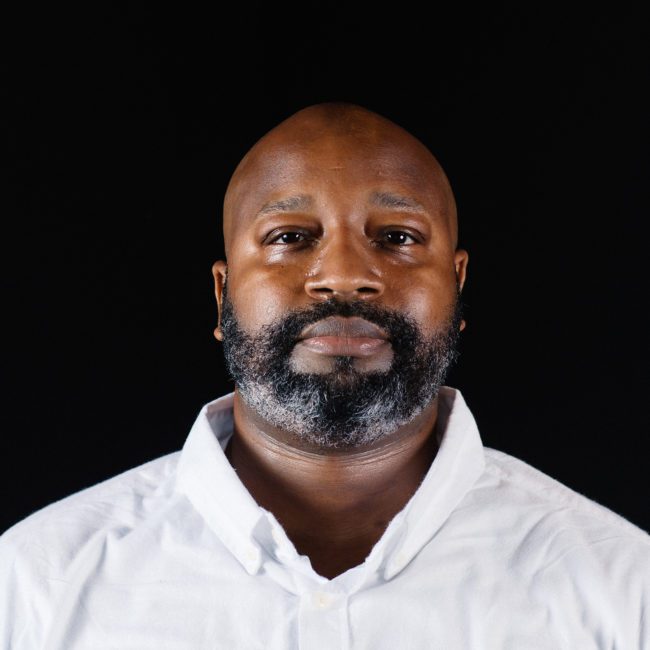 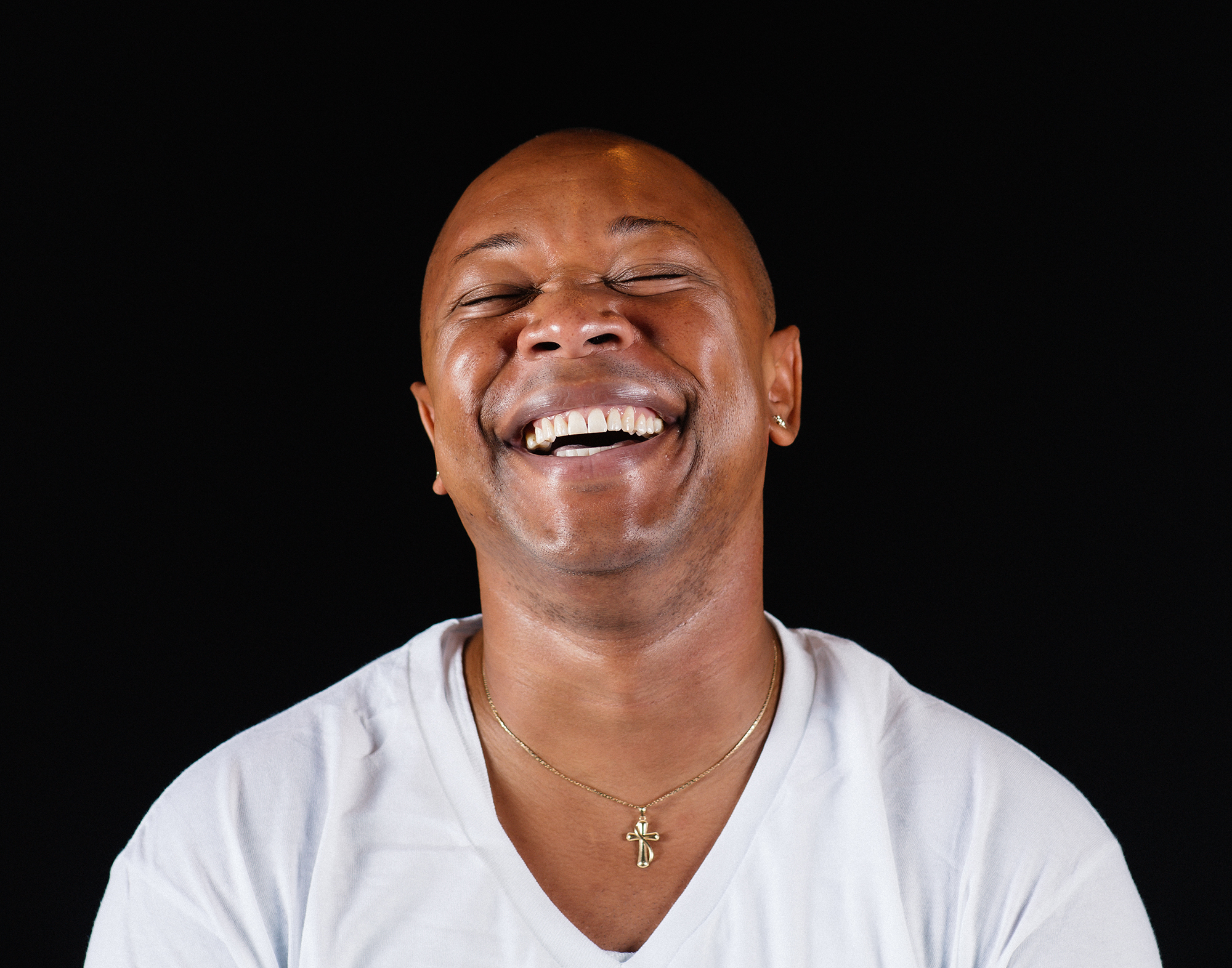 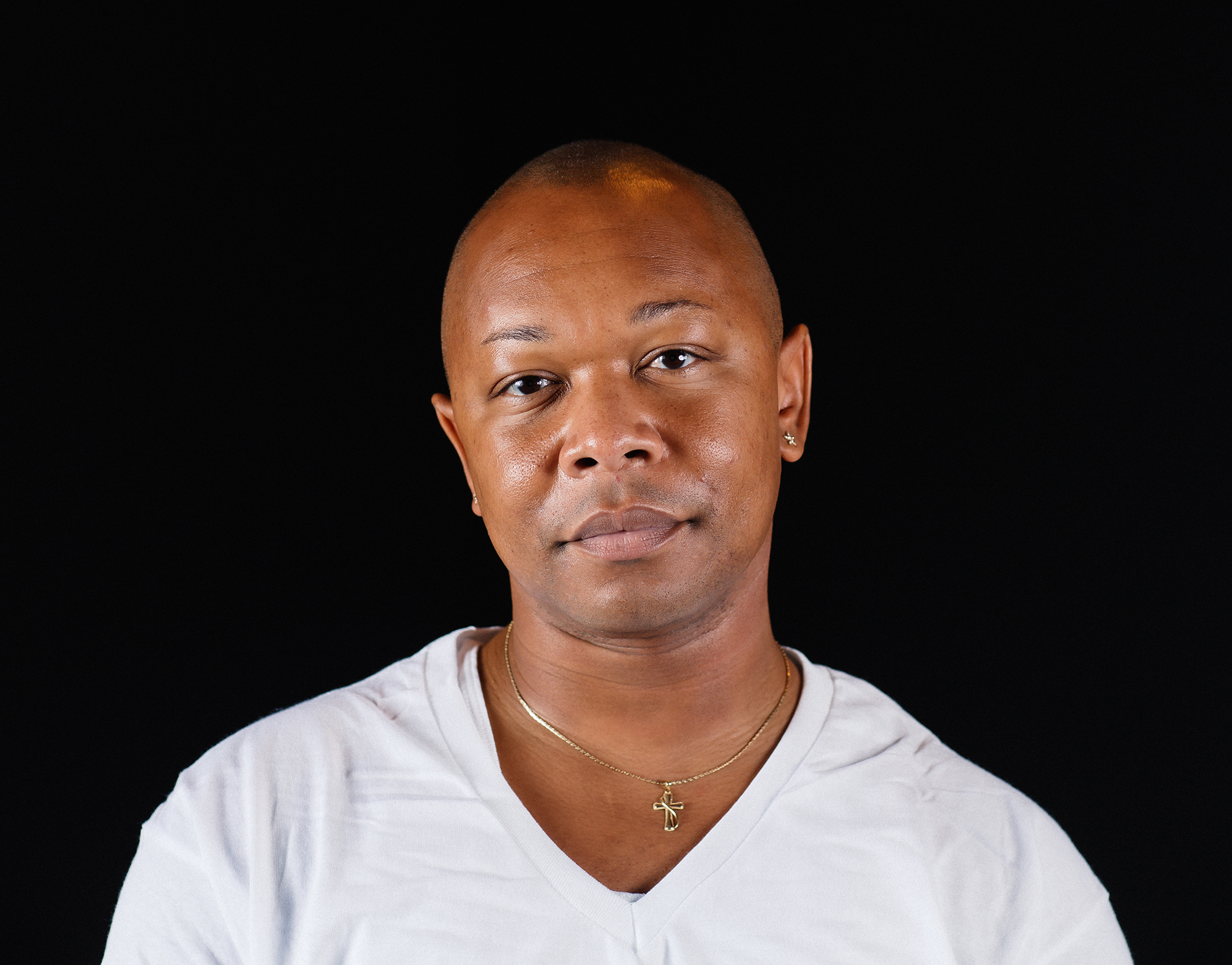 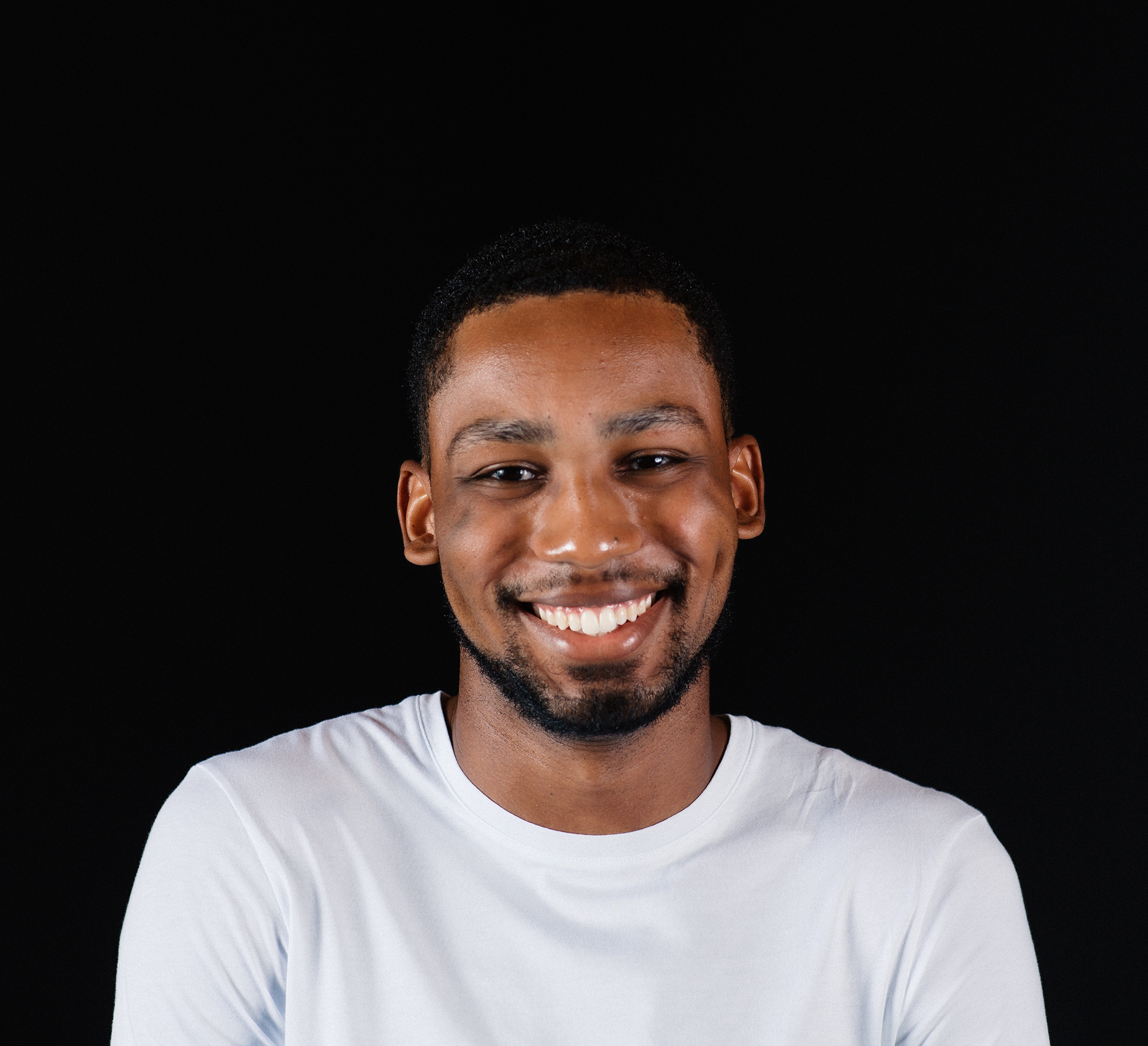 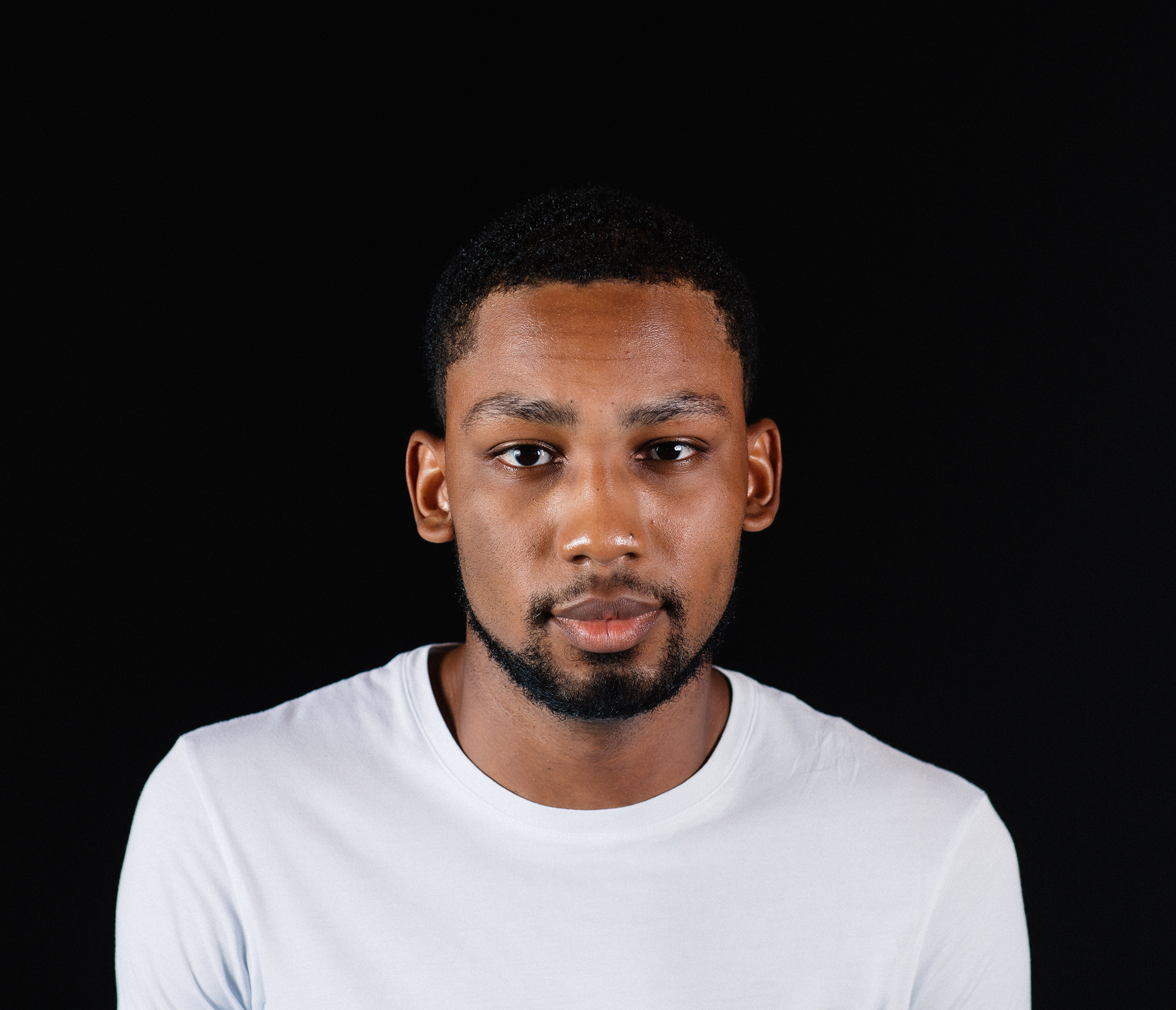 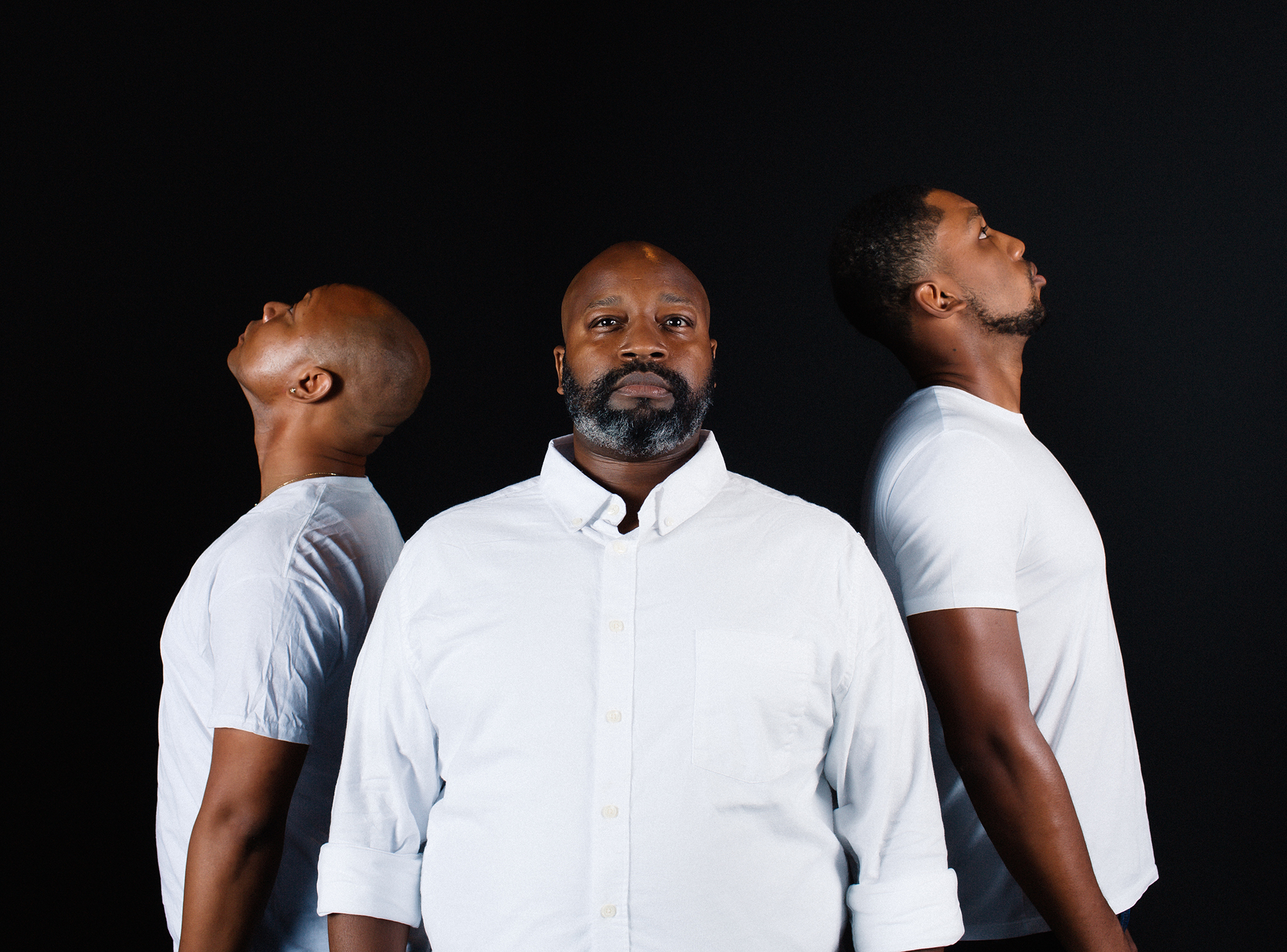 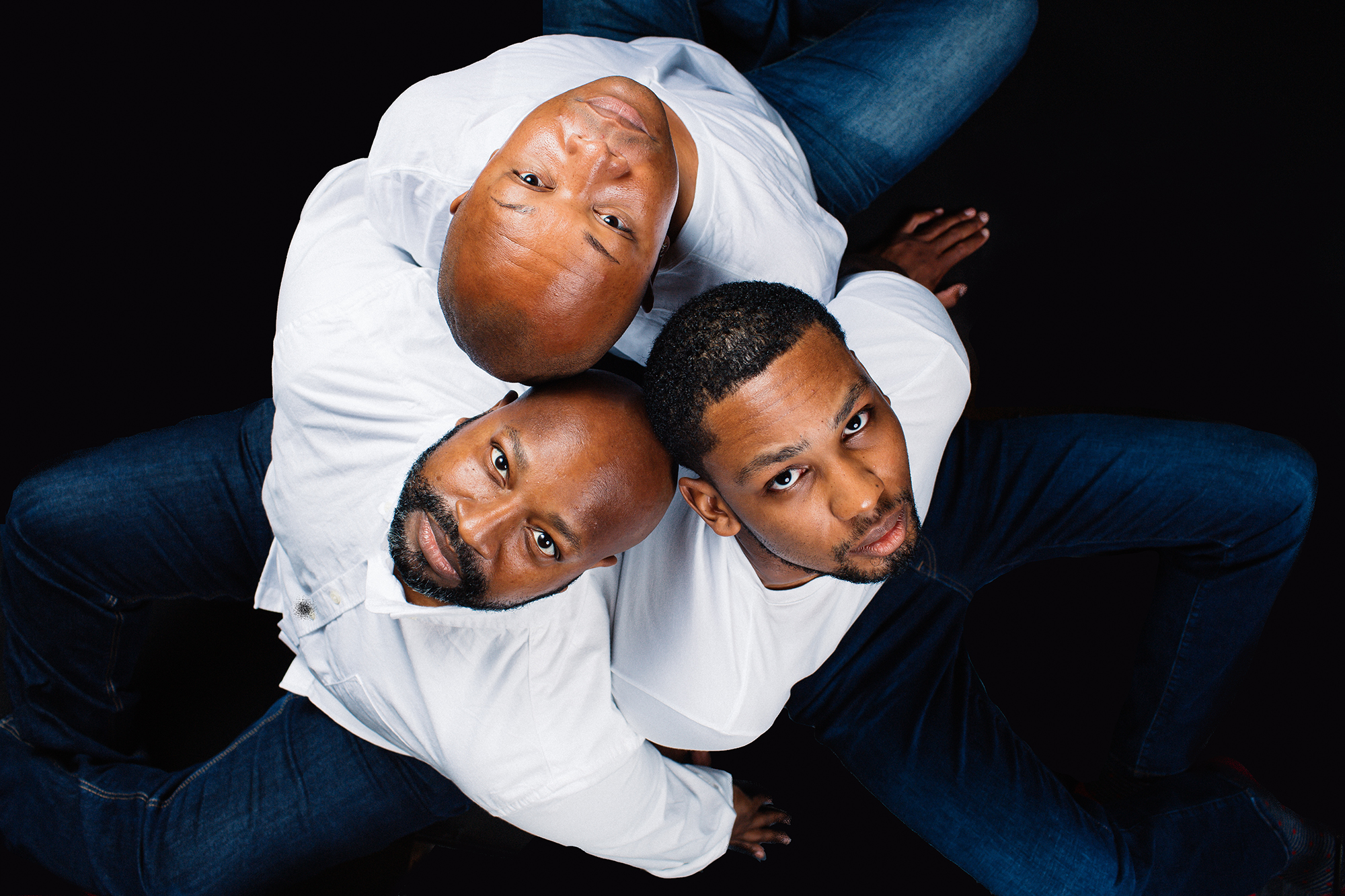 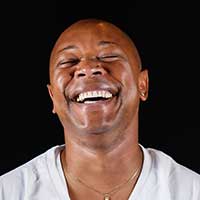 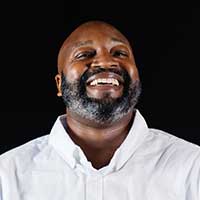 DURWOOD MURRAY (He/Him/His)  (Person on Left)* is ecstatic to make his return to Diversionary. Previously seen in Well and A Civil War Christmas.  Elsewhere: Master of 2 Servants, To Kill a Mockingbird, Much Ado About Nothing (New Village Arts); Handbagged, Our Lady of Khibeho (Moxie); King John, Father Comes Home From the Wars Parts 1, 2, & 3. Durwood is happy his time at Virginia Commonwealth University’s School of the Arts was not wasted, and would like to thank the Usual Suspects and all his partners with much love, style and grace. 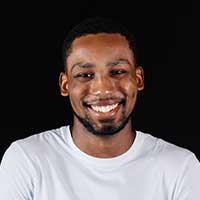 CARTER PIGGEE (He/Him/His)  (Person in Middle) is happy to make his debut with Diversionary Theatre in this phenomenal new play. Theatre Credits: Dry Powder (Backyard Renaissance Theatre), Miss Bennet Christmas at Pemberley (New Village Arts), Ironbound (Moxie). He has also performed in staged readings with Cygnet Theatre, Roustabouts Theatre, North Coast Rep, Amigos Del Rep, and Playwright’s Project. Carter earned a BFA in theatre performance from San Diego State University. A special thank you goes out to his family, friends, and everyone who has supported him so far on his journey. 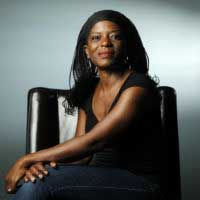 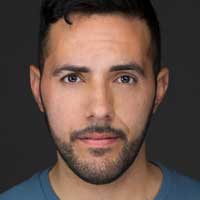 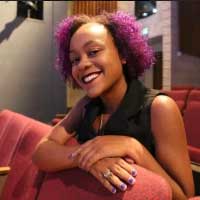 Beonica “B” Bullard (She/Her/Hers) (Stage Manager) is happy to make her debut with Diversionary Theatre in this beautiful new play. Beonica earned her Bachelor of Arts in Theater from San Diego State University. Honors include a Certificate of Recognition in Artistic Achievement from the California Legislature Assembly. She has Staged Managed several shows with Dir. D. Turner Sonnenberg, such as Julius Caesar (SDSU), Roz and Ray (San Diego Repertory Theater), The Niceties (MOXIE) and feels blessed to be working with her again. Thank you to the whole Diversionary family. 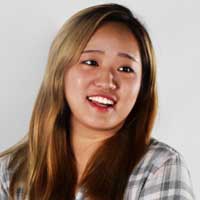 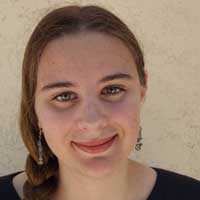 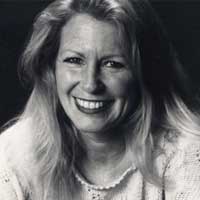 Victoria Petrovich (Scenic & Projection Designer) is happy to make her return to live theater (!) as a new member of the Diversionary Theatre family to collaborate on this achingly beautiful new play. Previous collaborations with director Delicia Turner-Sonnenberg include The Good Body and In the Wake (SAN DIEGO REP), Blue Door and Bliss! Emily Post is Dead (MOXIE). Other current collaborations (scenic/costume) are with director Ben Krywosz at NAUTILUS MUSIC-THEATER on the new song-cycle Stations of the Heart and Moonlit Walk Home. Some previous collaborations with Nautilus include Twisted Apples-Stories from Winesburg OH, The Fantastics, Ordinary Days, Joan of Arc, Sister Stories, The Last Five Years, Snow Leopard,  Without Colors, and The Juniper Tree. Recent pre-pandemic projects (scenic/costume/projection) have been with director Robert Castro on the opera El  Cimmarón at the Im•Pulso Festival at UNAM, Mexico City, OLIVÉrio,  A Wrinkle in Time, Aladdin’s Luck, Frederick  (scenic/projection), Treasure Island, Ferdinand the Bull, Dreams of Anne Frank (scenic/costume) at Lewis Family Playhouse,  a theater-for-youth which tragically closed due to the pandemic. Other local productions include A Weekend with Pablo Picasso, A Hammer, Bell and a Song to Sing, Federal Jazz Project, The Who’s Tommy (projection/ SAN DIEGO REP). International work has been with the International Opera Theatre in Cittá della Pieve, Italy and include Sacco e Vanzetti, Errori!, and Il Sogno di Una Notte di Mezza Estate. Victoria teaches in the Design area/Theatre & Dance, UCSD. Wishing everyone good health! 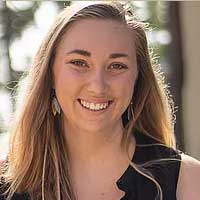 Brooke Kesler (She/Her/Hers) (Costume Designer) is thrilled to be returning to the Diversionary Theatre team on this wonderful piece! Recent designs include: Red Bike (MOXIE); Girlfriend (Diversionary Theatre); She Loves Me (SDSU); Roald Dahl’s James and the Giant Peach (SDSU); The Glaspell Project: Trifles and Woman’s Honor (SDSU); and A Midsummer Night’s Dream (Kingsmen Shakespeare Co.). She has also worked as an Assistant Costume Designer on A Midsummer Night’s Dream (Santa Fe Opera), Cosi Fan Tutte (Santa Fe Opera), Il Trovatore (Central City Opera), and La Cage Aux Folles (Cygnet Theatre). As a Southern California local she is currently the Assistant to the Costume Director at the San Diego Opera, and a Lecturer in Costume Design at San Diego State University. She would love to thank Matt and the entire Diversionary family; as well as her friends, family, and amazing partner for all of the love and support! 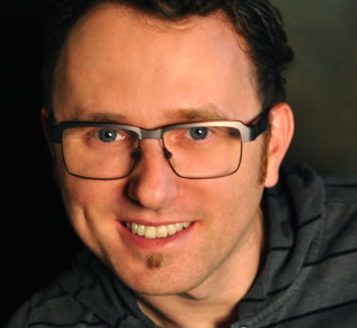 One night during the pandemic I woke up with these words resonating in my mind clear as a bell: “one in two must be our first show back.” This revolutionary new play echoes Diversionary’s founding 36 years ago in response to the HIV/AIDS epidemic by calling us in to raise awareness about how this epidemic relentlessly persists within our Queer Black community. Spoiler alert: This play has the DNA of live theatre embedded so deeply within it that it can only exist in that delicate space between an audience and actor in real time. And did I mention that it’s funny? one in two is a radical theatrical jolt back to in-person production, and I could not be more honored to have Donja Love’s story bring us back from home to our theatre on Park Blvd.

Pre and post-show festivities – celebrate with the cast and company!

Theatre Professionals enjoy a special discount on our only Monday evening performance!
Pay-What-You-Can at the door, or $10 in advance.

When you buy tickets to this performance, you can enjoy a post-show panel discussion around HIV in San Diego with Dr. Paul Whitaker and Akeela Benson, moderated by Frankie Alicea-Ford. Good to Go will also be tabling before the show begins and offering some sexual health goodies.

Teen-Versionary is a FREE LGBTQ+ Acting Ensemble a

We can hardly believe tomorrow is already the firs