You will receive an email with streaming instructions within 24 hours

It’s time to rejoice that 2021 is near and 2020 is out the rear! Celebrate the magic of the holidays, COVID-style, with the whimsically demented minds of Isaac Oliver (Lonely Christmas) and Jenn Harris (Silence! The Musical). Join this comic duo as they spread some queer cheer, and regale San Diego with hilarious holiday fare to mend our bruised hearts and minds from a frightful year. Oh yes, Hallmark movies will be lampooned. And yes, crafting and caroling will be attempted but seldom achieved. Break out the spiked cider and get ready for these two to crash down your chimney!

Each live performance will have a special guest star!

Friday, December 11 @ 8pm Jenn and Isaac will be joined by the hilarious and prolific New York comedian Bridget Everett! CLICK HERE to buy tickets to this performance

And a Special Late Night Performance, Saturday, December 12 @ 10pm Jenn and Isaac will be joined by San Diego favorite and luminous Linda Libby! CLICK HERE to buy tickets to this performance

Or if you prefer watching the show at your leisure, a recording of the show will be available for sale Sunday December 13th through December 29th!

Streaming access for the recording can be purchased here.

It’s time to rejoice that 2021 is near and 2020 is out the rear! Celebrate the magic of the holidays, COVID-style, with the whimsically demented minds of Isaac Oliver (Lonely Christmas) and Jenn Harris (Silence! The Musical). Join this comic duo as they spread some queer cheer, and regale San Diego with hilarious holiday fare to mend our bruised hearts and minds from a frightful year. Oh yes, Hallmark movies will be lampooned. And yes, crafting and caroling will be attempted but seldom achieved. Break out the spiked cider and get ready for these two to crash down your chimney! 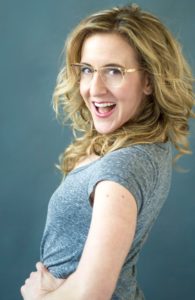 Jenn Harris (she/her/hers) is an award-winning actor, producer, writer/director. She co-created the web series NEW YORK IS DEAD which premiered at the Tribeca Film Festival ’17, won Best Comedy at the New York Television Festival, and Jenn won Best Actress at SeriesFest in Denver. She has performed in many productions in NYC including Clarice Starling in Silence! The Musical, won a Lortel and Theatre World award for her performance in Modern Orthodox, was in the world premiere of Christopher Durang’s Turning Off The Morning News, and the revival of All In The Timing. Some film and television credits include: “High Maintenance”, “Gayby” (SXSW 2012), “30 Rock”, “Difficult People”, “Younger”, “Blacklist”, “Bored to Death”, “Fits and Starts”. She will appear in the upcoming films “Modern Persuasion” and “American Reject”. Her first short film, “Island Queen” starring Rachel Dratch and Jesse Tyler Ferguson, which she produced and co-directed has played in nine film festivals in 2020. 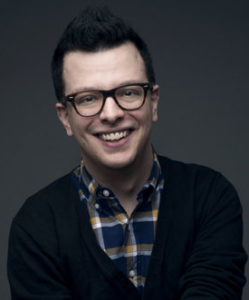 Isaac Oliver (he/him/his) is an award-winning playwright, author, and performer. His debut collection of essays, Intimacy Idiot, was named one of NPR’s Best Books of 2015, and has been released in hardcover, paperback, e-book, and audiobook. He is an artist in residence at Joe’s Pub at the Public Theater, where he performs evenings of sit-down comedy. Additionally, he’s been a frequent contributor to The New York Times and written for HBO’s “High Maintenance” and Netflix’s “GLOW.” He lives in New York City. 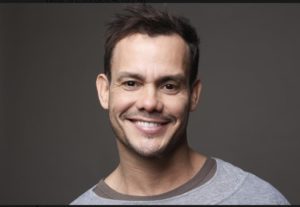 Migguel Anggelo (He/Him/His) is Brooklyn-based, and Venezuelan-born. Anggelo is an interdisciplinary performing artist. He invokes muses from art history, harnessing this lineage in effortlessly forward-thinking ways. He mines from his journeys as a Latino immigrant and a queer man: a fountain of source material to explore shared human experiences. He expresses himself through costume, musical composition, and solo theater work, evoking the “showmanship of Desi Arnaz and the performance art of Klaus Nomi” (Theater Scene). His lyrical movement recalls Marcel Marceau, and his comic timing alludes to Charlie Chaplin. Marked by pop ambition, he nods towards the likes of David Bowie and Freddy Mercury. With unabashed theatricality, Migguel Anggelo straddles decades, genres, and cultures. www.migguelanggelo.com/bio/ 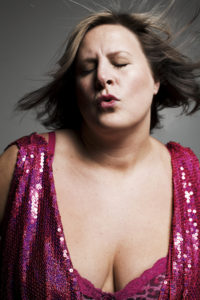 Bridget Everett (she/her/hers) has been called one of the “Funniest People in New York” by Time Out. Her film, theater and television credits include Inside Amy Schumer, Two Broke Girls, Sex And The City (movie), The Bleep Show w/Whitney Cummings, Bridget and Neal are F*cking and Adam Is Watching, At Least It’s Pink, and most recently a guest spot at Carnegie Hall performing with the legendary Patti Lupone. Bridget has appeared at Montreal and Chicago’s Just For Laughs Festival, HBO’s Aspen United States Comedy Arts Festival, The Adelaide International Cabaret Festival, The San Francisco Sketchfest, FunFunFun and The New York Comedy Festival.  Bridget and her band The Tender Moments just released their debut album (“POUND IT”) and play to sold-out crowds across the country. http://www.bridgeteverett.net/ 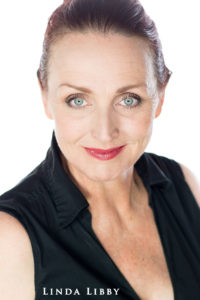 Linda Libby (she/her/hers) is delighted to return to Diversionary after last year’s Linda Libby’s Holigay Storytime when she may or may not have donned a red suit and shared songs and stories of seasons’ greetings.  Linda definitely played electric bass in Hedwig’s Angry Inch, and is often seen on stages across San Diego.  Linda’s wish for this year is that we all wear masks and get back to live theater as safely and as soon as possible! lindalibby.wix.com/lindalibby

“Brilliant and hilarious and surprisingly, shockingly at times, intimate. You’ll want to have dinner with him and maybe want to slightly protect him from the world and himself.” – Nathan Lane, The New York Times

“If you’re still mourning the demise of ‘Sex and the City,’ and wish that David Sedaris would get a little raunchier, look no further.” -NPR

“If David Sedaris and Fran Lebowitz had a baby who wrote about subways, theater patrons and blow jobs, he might be a lot like Isaac Oliver.” –Time Out New York