Click calendar for seat availability and to purchase tickets.

To avoid fainting, keep telling yourself it’s only a play…

Just in time for Halloween, Phil Johnson and Ruff Yeager bring us a hilarious send-up of the femme fatales and B-movie horror stories of the 1950s. When a horror-horde of monster-mutants invades Small Town U.S.A., one All-American Mother must face the truth about her little Suzie and destroy her evil Web of Terror. There will be carnage! There will be destruction! There will be men in women’s clothing! The Management requests that you PLEASE not reveal the SHOCKING final scene to friends or family members, and guarantee to BURY YOU without charge if you die of FRIGHT during She-Rantulas from Outer Space-in 3D!

Tony Houck (Suzie) has been performing at Diversionary since 2008. He was last on stage not as an actor but as music director for bare: a pop opera. He has also music directed and accompanied Thrill Me and Marry Me a Little.  He co-wrote a raunchy cabaret show with the stunning Ms. Jacque Wilke called, Miss Kitty’s Wild West Revue. Other Diversionary credits include: Miss Gulch Returns(@ Martinis Above Fourth); The Further Adventures of HeddaGabler; Pippin; Harmony, Kansas; Next Fall; [title of show]; Twist; Yank!; Anita Bryant Died for Your Sins; Dear Harvey; Scrooge in Rouge, for which he has received a Craig Noel Award (2008) and LA Scenie (2012) award for his performance as Lottie Obligato and a LA Scenie (2012) award for direction of the show. Diversionary Cabaret credits include: Heather and Tony: We Might Be Cousins; Senor Phil’s Casa del Haha; Facts of Life: The Lost Episode. Elsewhere, Tony appeared as Helga in Cygnet Theater’s award winning Cabaret. He is a graduate of AMDA. Thanks and love to Kweesha, Bev, Nana, Kevane, Monty and all my family. Look for tonyhouck.com coming soon! 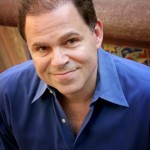 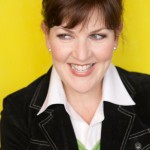 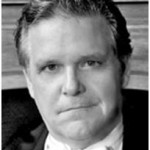 Fred Harlow (Fred/Freida)was last seen at Diversionary as the Radio Man in Bluebonnet Court and is thrilled to return in this show. He has appeared at NCRT, Starlight, Moxie, La Jolla Playhouse, The Old Globe, and many others. Some of his favorite roles include Valere in La Bête at the Fritz, Roy in The Best Mistake produced by Playwrights Project, and half the citizens in A Tuna Christmas at Compass Theatre. 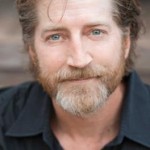 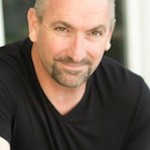 Anon-ymous, Macbeth, You Can’t Take it With You, The Musical Comedy Murders of 1940 (Southwestern College); CuatroCorridos(UCSD Dept. of Music); The Man Who Came to Dinner (Coronado Playhouse); The Sunshine Boys, Brooklyn Boy (Scripps Ranch Theatre); The Tutor, Arrow to the Heart, The Waves (Vox Nova Theatre Company); [sic], Bronze, (Sledgehammer Theatre); American Buffalo, Medea, Come Back to the 5 and Dime, Jimmy Dean (Compass Theatre). Produced Plays: Bronze; Friends of Dorothy; Romeo, Romeo, and Juliet; Cool as We Fly; Oedipus in the Tragicomic Bathtub; Dance on the Sun; Come to Life; Not-So-Tiny Tim’s Great Big Musical. Awards: San Diego Theatre Critics Circle Award for Outstanding New Play; KPBS/Patte awards for Outstanding Direction, Outstanding Acting Ensemble, Outstanding Original Music for a Play; finalist in the Disney/ASCAP musical theatre workshop, directed by Stephen Schwartz. I dedicate this production to all of the aliens out there (extraterrestrial and otherwise!) www.ruffyeager.com 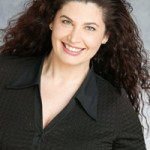 Chad Jaeger (Set Design) Diversionary debut. Chad designed American Buffalo for Compass Theatre, which his brother also directed. He works as an assistant buyer at the Home Depot headquarters in Atlanta. He has enjoyed renovating, designing, and decorating many of the homes he’s lived in.

Kevin Anthenill (Sound Design) previously worked with Diversionary Theatre sound designing Marry Me a Little, The Further Adventures Of Hedda Gabbler, Birds of a Feather, Edward II, Learn to be Latina, Next Fall, Harmony Kansas, Pippin, and Scrooge in Rouge. Design credits include USD/Old Globe A Measure for Measure, Winters Tale, Twelfth night, and Fathers and Sons, San Diego Repertory Theatre’s Zoot Suit, as well as Cygnet Theatre’s Gem of the Ocean and Shakespeare’s R&J and Moxie Theatre’s A Raisin in the Sun, The Trestle at Pope Lick Creek and Freedom of Speech. He composed original music for San Diego Repertory Theatre’s Boom and In The Next Room, was the Sound Design Assistant at The Old Globe’s Summer Shakespeare Festival three times, and worked with The Old Globe’s education department sound designing their Summer Shakespeare Intensive four times. He Holds a B.A. in Theater Design from San Diego State University.

Peter Herman (Wigs & Make-up Design) is glad to return to Diversionary to do wigs for Scrooge in Rouge.  He has previously done wigs for many Diversionary shows including Twist, Irma Vep, When Pigs Fly, and costumes for Cyber-Queer.Peter has also designed wigs and costumes for many local theaters, including Cygnet, The Old Globe, La Jolla Playhouse, Moonlight, Starlight, and North Coast Rep. He currently teaches wigs and makeup at San Diego State University.

Moonlight Productions: Catch Me If You Can, My Fair Lady, Mary Poppins, Spamalot,World Goes Round, Blithe Spirit…Mira Costa College: The Match Maker, Fox on the Fairway, The 39 Steps, Guys and Dolls,Anything Goes…Intrepid Shakespeare Company: Hamlet, MacBeth, All My Sons, I Hate Hamlet and Much Ado About Nothing.