The Loneliest Girl in the World

The Loneliest Girl in the World was featured in the National Alliance for Musical Theatre’s Festival of New Musicals Fall 2016. Leary and Meinwald’s musicals have been seen at Ars Nova, The Director’s Company, Joe’s Pub, Lincoln Center Directors Lab, Prospect Theater Company, Weston Playhouse, Williamstown Theatre Festival, and the York Theatre Company. Leary is the recipient of the 2009 Richard Rodgers Award.

This production is generously supported in part by The Arch & Bruce Brown Foundation and the National Alliance for Musical Theatre’s National Fund for New Musicals, The National Endowment for the Arts, and the California Institute for Contemporary Arts. 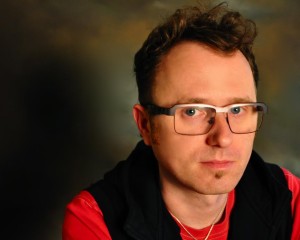 The Loneliest Girl in The World takes on the iconic Anita Bryant in a way that humanizes her journey while parsing through the devastating effects of her actions. Simultaneously, we trace the gay rights movement through the coming of age of Tommy, a reluctant hero who whose passion for a D-List singer propels him center stage of a turning point in history. This sweet and tart new musical is a tribute to an era when our movement galvanized, and the courage of our community dared to infiltrate the mainstream. 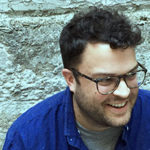 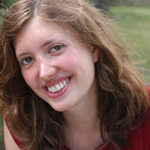 Steve was recently seen as  Stanley in Lamb’s Players production of Smoke On The Mountain, and as the Siren in Shockheaded Peter at Cygnet Theatre.  Other credits include:  Jersey Boys (Original Broadway Cast/First National Tour/La Jolla Playhouse), The Collected Works of Billy the Kid (La Jolla Playhouse), Buddy: The Buddy Holly Story (The Apollo Theatre Center, Stage West), It Ain’t Nothin’ But the Blues, Cabaret (San Diego REP), Mixtape (Lamb’s), Little Shop of Horrors, Hedwig & The Angry Inch, Pageant, The Rocky Horror Picture Show (Cygnet Theatre), Sweeney Todd (The Fritz Theatre), and Hair (Starlight Theatre). As a musician, Steve has worked and played with Pete Townshend, Ray Manzarek of The Doors, John Wesley of Porcupine Tree, Micky Dolenz, Frankie Valli and the Four Seasons, Jung-Ho Pak and many others. He has been seen on The Today Show, Late Night With David Letterman, The 60th Annual Tony Awards, and at many Rockers On Broadway concerts in New York. Love to Tricia. 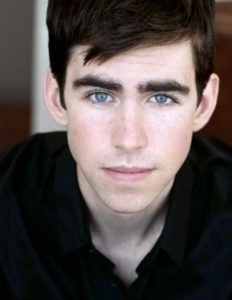 Sam is thrilled to be making his Diversionary debut in this role, after participating in the development of this show for over 4 years. Based in New York, he has also developed new work with Playwrights Horizons, TheatreWorks Silicon Valley, Ars Nova, The Civilians, Colt Coeur, Sundance Theatre Institute, New Dramatists, New Georges, The Lark, Pipeline Theatre Company, and a whole host of acronyms (NAMT, NYMF, MTF, GMTWP, AND, MANY, MORE). Thanks to Gordon, Julia, and Matt, as well as Ben, Portia, and Michael. Proud member of AEA. www.samheldt.com 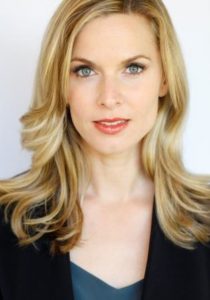 Broadway & Off Bway credits: Curtains, Good Vibrations, Cry Baby, Enter Laughing, and Cabaret (National Tour). Highlight San Diego roles: SD Rep.: Susannah in Black Pearl Sings, Emily in Disgraced. Cygnet: Katherine in The Last Wife, Eliza in My Fair Lady, Louise in Gypsy -2017 Craig Noel Award Winner. SDMT: Maria in The Sound of Music, Judy in 9 to 5,  The Old Globe: Phoebe in As You Like It, Viola in Twelfth Night, Jane in Emma; La Jolla Playhouse: Janice in Come From Away, Victoria in Sideways. Many national/regional commercials & ads. M.F.A in Drama-USD/Old Globe, B.F.A. in MT- Elon University.  Thanks to the team that made this show happen and for my family that allows me to be apart of it. www.allisonsprattpearce.com] 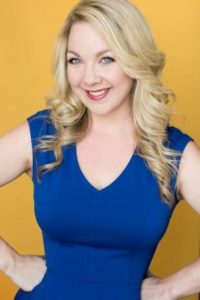 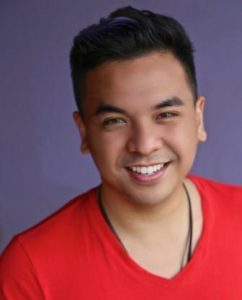 Marci was last seen on the Diversionary stage as Lucinda in The Mystery of Love and Sex and is thrilled to be back! She just completed the run of the original play Beachtown as Donna French at The San Diego Repertory Theatre. A veteran performer, favorite Regional Credits include: a five year stint as an original cast member of the long running 80’s hit, Mixtape (Lamb’s Players Theatre), Tessie Tura in Gypsy, Desiree Armfeldt in A Little Night Music (Cygnet Theatre); Pump Boys and Dinettes, Boomers (Lamb’s Players Theatre); The Full Monty (San Diego Musical Theatre); The Magic Fire (KPBS Award), I Do! I Do!, Radio Gals (Moonlight Stage Productions); She Loves Me (Laguna Playhouse); Anything Goes, FootLoose (Welk Resort Theatre); Company (Performance Riverside); I Hate Hamlet ( The Broadway Theatre). Marci is an Associate Artist with Lambs Players Theatre and a proud member of Actor’s Equity Association.

Matt M. Morrow (Director)
Since joining Diversionary, Matt has directed the World Premiere of Georgette Kelly’s Ballast, the San Diego Premiere of Bash Doran’s The Mystery of Love and Sex, and the West Coast Premieres of Jordan Harrison’s Amazons and Their Men and Christopher Shinn’s Now Or Later. Prior to joining Diversionary Theatre, Matt was the Associate Artistic Director of City Theatre Company, a LORT theatre in Pittsburgh dedicated to producing work written in the past five years. With City he directed the Regional Premiere of Jessica Dickey’s Charles Ives Take Me Home, the World Premiere of Tami Dixon’s South Side Stories (Pittsburgh Post Gazette & Tribune Review’s Top Ten of 2012), Kim Rosenstock’sTigers Be Still; and workshops of the new musical The Shadow Sparrow by Anton Dudley, Keith Gordon and Charlie Sohne, and Don’t You F*cking Say A Word by Andy Bragen for City’s Momentum Festival of New Works.
He has developed new work with The Sundance Theatre Institute, The Banff Centre, American Conservatory Theater, Lincoln Center, PlayPenn, and Page 73 Productions in residence at the Yale School of Drama. His work as a director has been seen in NYC at Amas, Playwrights Horizons, Urban Stages, EST, HERE, Dixon Place, Cherry Lane, The York, The Tank, NYC Int’l Fringe, Midtown Int’l Festival, among others. His production of Jennifer Haley’s Neighborhood 3: Requisition of Doom with Bricolage Production Company was cited in the Top Ten of 2010 by The Pittsburgh Tribune Review.

Stephen Brotebeck (Choreographer/Associate Director) is thrilled to be making his Diversionary debut with The Loneliest Girl In The World. Broadway: Ghost, Peter and the Starcatcher (Movement Associate). As a director Mr. Brotebeck has helmed the Off and Off-Off Broadway productions of The Shark Play, Breaking The Shakespeare Code, St. Francis (NY Fringe – Excellence in Directing Award), The Maltese Walter, Greasemonkey and Scenes from a Balcony. Kennedy Center: Spring Gala (Director), My Fair Lady, Camelot and Children Of Eden (Associate Director/Choreographer). Stephen is the Artistic Director of the Okoboji Summer Theatre, in Okoboji Iowa where he has directed And The World Goes ‘Round and The Spitfire Grill. Additional credits as a director/choreographer include Peter and the Starcatcher, Monty Python’s Spamalot, And The World Goes ‘Round, and I Love A Piano at Farmers Alley Theatre; Looking For Roberto Clemente at Imagination Stage; American Songbook Hall of Fame Induction Ceremony presented by Michael Feinstein. TV: WPSU Music Theatre Spotlight. BFA, Western Michigan University. MFA, Penn State. Stephen is an Assistant Professor in the MFA Musical Theatre program at San Diego State University where he has directed Company, Enchanted April, The Full Monty, Jesus Christ Superstar, The Drowsy Chaperone (Craig Noel Award Nomination), and On The Eve. SDC member.  www.stephenbrotebeck.com

Christina J. Martin (Lighting Design) will be debuting at Diversionary Theatre this season. She is honored to be part of this team! She has had a vibrant career thus far with some of her favorite designs including: Miracle on 34th Street (SDMT), To Kill a Mockingbird (ECT), The Full Monty (SDSU), Pump Up the Volume (SDMT) and more. Christina’s other theatre work includes: The Importance of Being Earnest (Artists’ Ensemble Theatre), Jacob Marley’s Christmas Carol (Thunder Bay Theatre), Dogfight (Rockford University), Good People (Artists’ Ensemble Theatre), Arsenic and Old Lace (Evansville Civic Theatre), The Toxic Avenger (ThinkPink Productions), 9 to 5 (San Diego Musical Theatre), and Picnic (Oceanside Theatre Company). www.cjmartinlighting.com

Peter Herman (Wig Designer) has designed wigs and costumes for over thirty shows at Diversionary, some highlights include:  The Rocky Horror Show, Scrooge With Rouge, The Mystery of Irma Vep, The Further Adventures of Hedda Gabler.  Peter has designed wigs all over the Southern California area.  Some of his work has been seen at Cygnet Theater, The La Jolla Playhouse, The San Diego REP, Moonlight Stage Productions, North Coast REP, as well as some design work for film, television, and various theme parks.  Peter currently teaches wig and makeup design at San Diego State University.

“Pearce has been a pivotal presence in local productions; just when you think she’s about done it all, though, she mines fresh depths for a role like this, bringing subtleties of facial expression and movement to her conflicted character, as well as powerhouse vocals.” – San Diego Union Tribune

“Striking in absolute sonata, it touches the very soul of human conflict at the heart of the characters.” – Gay San Diego

“A  groundbreaking, spectacular piece of theater. Its ability to teach a catalytic part of the gay rights movement makes this chef-d’oeuvre of a musical an integral relevancy to the world that we currently live in today.” – Gay San Diego

“There is no excuse not to see this revolutionary work.” – Gay San Diego

“It is no wonder that this has already been extended. There are numerous reasons why everyone of all ages should take the time to go see this wonderfully arranged musical.” – Gay San Diego

“This world premiere musical has everything you could ask for, including an amazing story that has you addicted from the first scene and leaves you wanting more.” – Gay San Diego

“The production is excellent, with two outstanding leads — marvelous Allison Spratt Pearce, beautiful and pitch-perfect as Anita, revealing her to be a relatively sympathetic and definitely multi-dimensional character.” – Times of San Diego

“Under the leadership of Matt M. Morrow, Diversionary Theatre has gifted San Diego with sharp and complex productions and has broken the mold for what might be thought of as “gay” theatre.” – San Diego Story