The Boy Who Danced On Air

Thursdays at 7pm, Fridays and Saturdays at 8pm, Sundays at 2pm

Approximately 2 hours with one intermission

THE BOY WHO DANCED ON AIR is generously supported by:

The National Fund for New Musicals, a program of National Alliance for Musical Theatre, with funding from Kathryn & Raymond Harbert

I’ve been following the development of this exciting piece of musical theatre for three years. This complex new work may sound dark and treacherous, but the story about a budding romance between two teen Afghan boys will absolutely win your heart. Their story, juxtaposed to a centuries-old tradition that continues to be epidemic provides an arresting glimpse into this secluded part of the world. The music and dance at the core of this uncompromising new piece promises to captivate San Diego audiences. 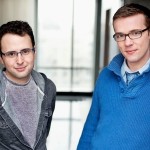 Tim Rosser and Charlie Sohne received the 2015 Jonathan Larson Award, ASCAP’s 2015 Mary Rodgers/Lorenz Hart Award and the 2014-2015 Dramatists Guild Fellowship. They were writers in the Civilian’s R&D Group and ASCAP’s Johnny Mercer Project. Full-length shows include: “Run Away Home” (2015 Rhinebeck Retreat, 2016 Yale Alumni Residency), “The Boy Who Danced On Air” (NAMT 2013, world premiere at the Diversionary Theatre, San Diego 2016), “The Profit of Creation” (Yale Institute for Music Theatre), “Talk To Me” (N.Y. City Children’s Theater Commission). Other: ”Truth Slash Fiction” (Austin Film Festival Script Competition Finalist, in production with Royal Prospects), “A Better Me” (written for 24 Hour Musicals, featuring Edie Falco). Their songs have been performed in NY, L.A., Seattle, London, Paris and at the Kennedy Center (DC). Separately, Charlie’s had shows at The O’Neill and NYS&F, while Tim’s conducted performances of “A Gentleman’s Guide to Love and Murder” on Broadway, music directed Broadway Backwards, and associate music directed Andrew Lippa’s “I Am Harvey Milk.”. For more information on the tradition of Bacha Bazi, please see the links below to informative articles and Frontline’s documentary “The Dancing Boys of Afghanistan,” which inspired the writers to create the musical The Boy Who Danced On Air.

“Solid, subtle, sad and often inspiring work that’s smartly staged by director Tony Speciale with a first-rate cast…It clearly has a future ahead and so does [Troy] Iwata, who seems like a Broadway-star-in-waiting.”

“This production is one of the best that Diversionary has presented in quite some time…Audiences who like to be challenged and enjoy seeing a work in development that could have a significant future life will be saying “bravo” by the end.”

“A first-rate premiere at Diversionary Theatre… There is tenderness and violence, anger, envy, ambition and resignation among the five talented men who comprise the excellent ensemble. The songs are beautifully sung, and evocatively played… The story takes some unexpected turns, as will your emotional response to it. You won’t see a musical like this again anytime soon. Catch it if you can.”

“Sohne’s eye-opening book and his equally enlightening lyrics combine with Rosser’s exquisite melodies to tell a contemporary gay love story that proves a perfect fit for the country’s 3rd-oldest LGBT theater, one that entertains, captivates, and moves in equal measure… pitch-perfect direction, an East Coast-West Coast cast of five deliver one unforgettable performance after another… I’ve seen many a memorable musical at Diversionary Theatre over the past eight years including the World Premiere of Harmony, Kansas, and the West Coast Premiere of Yank! The Boy Who Danced On Air’s World Premiere is not only Diversionary at its best, it makes a road trip to San Diego an absolute must for lovers of new musical theater at its most innovative and exhilarating.”

“Diversionary Theatre is winding up its 30th season with the most impressive production the University Heights company has offered in recent memory.”

“The Boy Who Danced on Air written by Tim Rosser (Music) and Charlie Sohne (Book and Lyrics) is an extraordinary piece…We are lucky that San Diego is evolving into a refined theatre community. Diversionary Theatre has always been on the forefront of challenging work. It just got more interesting. Support progressive theatre.”

“If you were looking to choose one theatre to attend this week, this would be the one…Diversionary Theatre has hit the jackpot on this one…an award winning production.”

“This is the end of Diversionary’s 30th season, and it’s the best production they’ve done in a long time.”