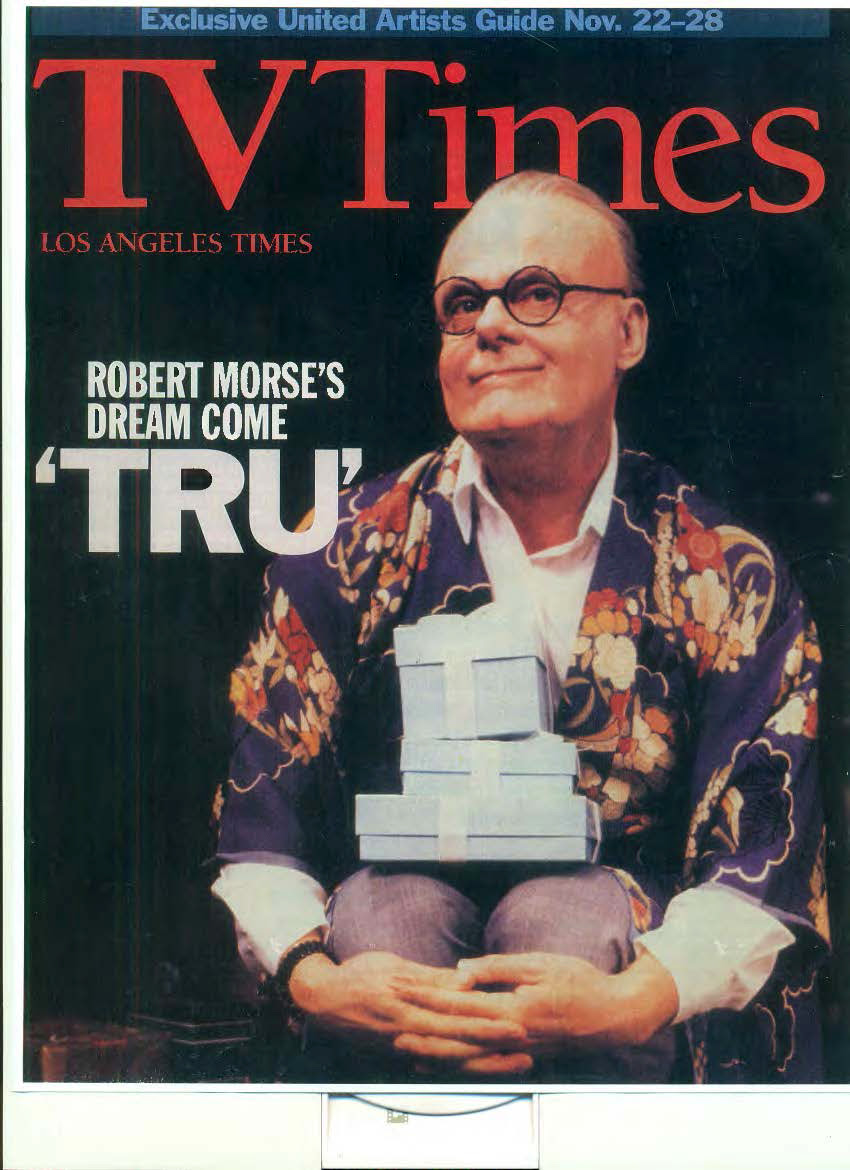 It’s Christmas time in 1975. Spend the evening with illustrious author Truman Capote (Breakfast at Tiffany’s, In Cold Blood) as he confides his deepest secrets and motley life story.
An excerpt from Tru’s book, Answered Prayers has recently been published in Esquire Magazine, and his socialite friends are turning their backs in droves.
Tru is a deep look into the complex life of Truman Capote -his mischievous spirit, his life long search for love,  and the downward spiral that began at the pivotal moment in time illustrated in the play.
This award winning production originally starred Robert Morse (you may recognize him from Mad Men)  as Truman Capote, in a play adapted from the author’s own words.  Morse won both a Tony and Drama Desk Award for his performance. In 1992, Morse won an Emmy for the adaptation of Tru  done for the PBS Series, American Playhouse.   The Los Angeles Times said in 1991 that, 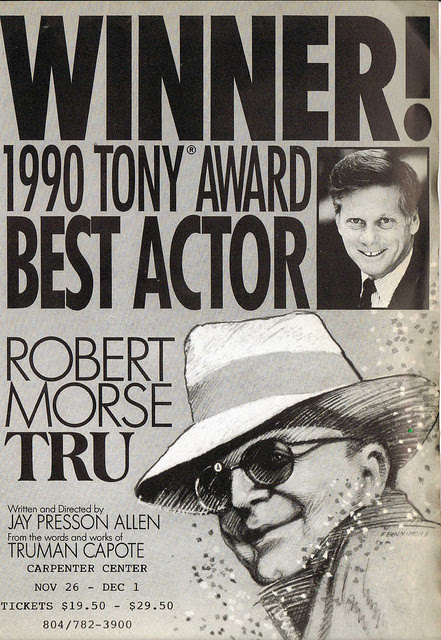 “…Allen’s script is intentionally fixed on Capote before he skidded into his decline. It is not maudlin, though the self-deprecation is discernible behind the words. The writing is wry, economical, skillfully indirect, acerbic and when called upon, judiciously vulgar.”
Diversionary Theatre is pleased to offer our audiences Tru as the final production of our 2014 season.
Tickets are currently available to Subscribers Only, and will open for public sales on October 20th.
Redeem Subscriber Seats
Share:
Meet Tony Houck! previous post
Meet Andy Collins… next post