WHAT: Diversionary announces the cast of A Kind of Weather by Sylvan Oswald.

WHO: Bea Basso will direct this World Premiere production of A Kind of Weather by Sylvan Oswald.

TICKETS: A Kind of Weather tickets are on sale ($15 – $50). Discounts are available to Groups, Students, Educators, Seniors, and the Military.   To be notified of ticket sales, please sign up for the Diversionary Theatre Email List: http://diversionary.org/mailinglist/

A KIND OF WEATHER

Description: When Kid’s grieving father pops up at his Brooklyn doorstep and asks to move in, it kinda puts a cramp in his sex life. Not to mention the completion of his memoir about his gender transition. As he struggles to keep his professional and romantic deadlines, revelations about his family history begin to subvert his own narrative. A hilarious, time-jumping, tragi-comedy exploring gender identity and its effect on family, A Kind of Weather is about learning to be who you already are.

About producing this World Premiere at Diversionary, Executive Artistic Director, Matt M. Morrow says, “Sylvan’s voice is one that I’ve admired for a long, long time, and it gives me great joy to give his beautiful, hilarious, and poignant new play its first production. His point of view on the father-son dynamic, and how gender informs relationships is absolutely thrilling. I’m grateful to have Bea Basso’s keen and sensitive vision to bring this World Premiere to life!”

Director, Bea Basso says about working on the World  Premiere of the show, “I am honored to help imagine Sylvan Oswald’s A KIND OF WEATHER in its incarnation at Diversionary. Sylvan’s play imagines intimacy with oneself and with others as a shifting, subtle, overwhelming, and ever-changing “kind of weather.” I look forward to sharing this world that switches theatrical modalities and moves curvaceously in time and space. And it will be a pleasure to make this work with Diversionary, a space that is a welcome combination of rigorous and kind.”

More information can be found at: https://www.diversionary.org/akindofweather/ 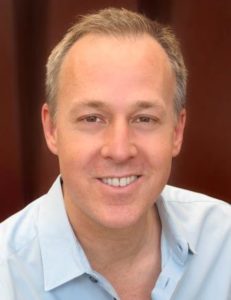 Andrew Oswald* – He/Him/His (Grey) This is Andrew’s sixth show with Diversionary having previously appeared in The Hour of Great Mercy (Ed), Regrets Only (Hank Hadley), Boys and Girls (Jason), The Further Adventures of Hedda Gabler (George Tessman), and working as the director on Baby with the Bathwater. Most recently he appeared as the Count Orsini Rosenberg in Amadeus at North Coast Repertory Theatre. Other San Diego credits include ; Cygnet Theatre: The Whale (Charlie) and Company (Harry), Backyard Renaissance: Mr. and Mrs. Fitch (Mr. Fitch) and The Elephant Man (Carr Gomm). He has worked nationally with Orlando Shakespeare Festival, Wisconsin Shakespeare Festival, and New Hampshire Shakespeare Festival playing such roles as Malvolio, Bottom, Count Orsino and The Captain Von Trapp. In New York City he worked at New York City Opera, Nada, Tribeca Theatre Lab, and he was the Co-Artistic Director of Bedtime Sketch Comedy. 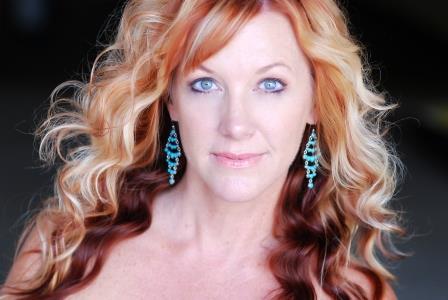 Marci Anne Wuebben* – She/Her/Hers (Janice) was last seen on the Diversionary stage as Woman One in The Loneliest Girl in the World, Lucinda in The Mystery of Love and Sex and is thrilled to be back! She just completed the run of the original play Beachtown as Donna French at The San Diego Repertory Theatre. A veteran performer, favorite Regional Credits include: a five year stint as an original cast member of the long-running 80’s hit, Mixtape (Lamb’s Players Theatre), Tessie Tura in Gypsy, Desiree Armfeldt in A Little Night Music (Cygnet Theatre); Pump Boys and Dinettes, Boomers (Lamb’s Players Theatre); The Full Monty (San Diego Musical Theatre); The Magic Fire (KPBS Award), I Do! I Do!, Radio Gals (Moonlight Stage Productions); She Loves Me (Laguna Playhouse); Anything Goes, FootLoose (Welk Resort Theatre); Company (Performance Riverside); I Hate Hamlet ( The Broadway Theatre). Marci has been a licensed Esthetician and Make Up Artist for over 20 years with her business The Beauty Spot. Visit wwwmarcisbeautyspot.com. Marci is an Associate Artist with Lambs Players Theatre and a proud member of Actor’s Equity Association.