The Hour of Great Mercy

This poetic new play with music follows Ed, a gay Jesuit priest who leaves the Catholic church to reconcile with his estranged brother in an isolated and icy township in Alaska. As Ed confronts his tragic past and tenuous future, he unexpectedly finds love beneath the starry Alaskan sky, and support from an unlikely ally. Introducing an auspicious new voice in American theatre, The Hour of Great Mercy is a tender, insightful and compassionate story about our collective relationship to illness, family, and redemption.

THE HOUR OF GREAT MERCY is one of the most compassionate plays I have ever read. It resolutely captures the human spirit yearning for connection, understanding, community, and redemption. This story and its characters ring true on every level. This incredibly special new play with music will fill your heart with affection and your mind with what it means to live and to love one another. Miranda Rose Hall is a playwright from Baltimore, MD. Her play Plot Points in Our Sexual Development will premiere at LCT3/Lincoln Center in October 2018. She has previously produced her work with Longacre Lea for the DC Women’s Voices in Theater Festival, Samuel French, and the DC Fringe Festival. She has developed her work with Rattlestick Playwrights Theater, The Playwright’s Realm, New York Theater Workshop, Baltimore Center Stage, Woolly Mammoth, NNPN National Showcase of New Plays, the Kennedy Center/NNPN MFA Playwrights Festival, Orlando Shakespeare Theater, and the Orchard Project. She is currently Resident Playwright and ensemble member with LubDub Theatre, a New York-based physical theater company.

Miranda was the 2013-2014 Hot Desk Playwright in Residence at Baltimore Center Stage, where she helped launch the program Wright Right Now. She has taught at Georgetown and Wesleyan University, and as a teaching artist with Baltimore Center Stage, Arena Stage, Young Playwrights Theater, and the O’Neill Playwriting Program at Yale.  Miranda spent two years with the Jesuit Volunteer Corps Northwest, serving marginalized populations in Anchorage, AK and Missoula, MT. She graduated with her BA from Georgetown University and her MFA from the Yale School of Drama. Dana Case (Maggie) is thrilled to be back in the nurturing arms of the Diversionary family, where she was last seen in Ballast. Elsewhere: Orange Julius (MOXIE); Circle Mirror Transformation, Seascape, Death of a Salesman, A Lie of the Mind, The Waverly Gallery, True West, Humble Boy, Be Aggressive, Summer and Smoke, Buried Child (New Village Arts Theatre); Curse of the Starving Class (NVA/Cygnet Theatre) Also, roles at The Old Globe Theatre, Gaslamp Theatre, Sushi, Sierra Repertory Theatre and Project Theatre. Dana earned an MFA in Acting from Cornell University and is a member of SAG-AFTRA. Thank you to all at  Diversionary for this opportunity to celebrate this astounding new play. Always, love to Bill and Chase. Patrick Mayuyu (Joseph) is a native San Diegan who is overjoyed to be making his official Diversionary Theatre debut! Recent stage credits: Frank in Melancholy Play (InnerMission), Dr. Parker in Bat Boy (OB Playhouse), Warren in Ordinary Days (InnerMission), Juan in Altar Boyz (Coronado Playhouse), Biondello in The Taming of the Shrew (InnerMission). Also/elsewhere, San Diego REP, ion theatre, SD Asian-American Repertory and OnStage Playhouse. Patrick is a proud company member of InnerMission Productions as well as one of the founding members of MaArte Theatre Collective. A singer, dancer, choreographer and published poet, he serves as a writing and performance coach for So Say We All, as well as a consultant for the San Diego State University Aztec Color Guard. Off stage, Patrick enjoys acting in short films produced by GrooveKo and origami. Infinite love and gratitude to friends and family for their undying support! Andrew Oswald (Ed) is excited to be returning to the Diversionary Stage where he directed Baby with the Bathwater and he has acted in three different productions; as Hank Hadley (Regrets Only), Jason (Boys and Girls), and as George Tessman (The Further Adventures of Hedda Gabler). He has also appeared as Charlie in The Whale and Harry in Company at Cygnet Theatre, and as Carr Gomm in the Elephant Man with Backyard Renaissance. Most recently Andrew completed work as co-director on Backyard Renaissance’s production of Smokefall at La Jolla Playhouse. During his time based in New York City he was co-Artistic Director of Bedtime Sketch Comedy and he has worked nationally at Orlando Shakespeare Festival, Wisconsin Shakespeare Festival, and New Hampshire Shakespeare Festival playing such roles as the Count Orsino, Malvolio, Bottom, and Dromio. He is a graduate of The North Carolina School of the Arts and the Pacific Conservatory of the Performing Arts. 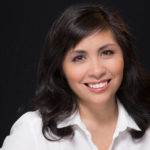 Eileen Rivera (Irma) is based in New York City and happy to be making her San Diego theatre debut. Favorite regional credits include Vietgone at Studio Theatre in DC, The White Snake and It’s a Wonderful Life: A Live Radio Play at Baltimore Center Stage, The Comfort Team at Virginia Stage Co., and The Long Season at Perseverance Theatre in Alaska. In NYC, she has worked at such institutions as the Public Theater, New York Theatre Workshop, Rattlestick Playwright’s Theater, Cherry Lane Mentor Project, Ma-Yi Theater Co., National Asian-American Theater Co., and Jaradoa Theater, of which she was a founding member. Next up: Tiger Style! at the Olney Theatre Center in Maryland. Eileen has also been seen in the Law & Order franchise and is an award-winning producer of short films. Her BFA is from Boston University. Learn more at eileenrivera.com. Eternal love and thanks to her husband, Nelson T. Eusebio III. 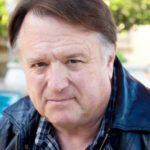 Tom Stephenson (Roger) is a 40 year veteran of the stage. He trained in Great Britain at The Royal Central School of Speech and Drama and at the Interlochen Center for the Arts, in Michigan. This is his first appearance at Diversionary. As a Resident Artist at Cygnet Theatre Company, he has been seen in over 16 productions notably as Hector in The History Boys and Joe Ryan in When the Rain Stops Falling. Annually, Tom performs the role of Scrooge in Cygnet’s production of A Christmas Carol. Among his seven credits with Intrepid Theatre Company are Joe Keller in All My Sons, Dogberry in Much Ado About Nothing, Bill in The Quality of Life, and an award-winning performance as the Colonel in the critically acclaimed Father Comes Home from the Wars. At New Village Arts he performed the roles of James in Circle Mirror Transformation and Finbar in The Weir. Tom was awarded Actor of the Year in 2014, by the San Diego Theatre Critics Circle.

Elisa Benzoni (Costume Design) Elisa is thrilled to be working again with Diversionary Theatre. Select credits include: The Loneliest Girl in the World, The Happiest Place on Earth, Homos or Everyone in America, Ballast, Mystery of Love and Sex (Diversionary Theatre), Sex with Strangers (Geffen Playhouse), The Who and The What, Our Town; Tall Girls; Brahaman/I; Sam Bendrix at the Bon Soir (La Jolla Playhouse); Constellations (Old Globe); Cloud 9, Romeo and Juliet, Two Gentlemen of Verona, Pericles, Prince of Tyre, Reckless, Much Ado About Nothing and Measure for Measure (USD/Old Globe); The Father, How the Other Half Loves, Of Mice and Men, Travels with my Aunt, The Illusion, Laughter on the 23rd Floor, The Cocktail Hour, Fox on the Fairway(Nominated for a Craig Noel Award), Chapatti, Sherlock Holmes and the Adventure of the Great Nome Gold Rush(North Coast Repertory Theatre); Men on Boats, Secret Garden, Awake and Sing, Sylvia (New Village Arts); Elisa holds a costume design MFA from UCSD. www.elisabenzoni.com

Special Thanks to Our Events Partner: